← Happy Presidents’ Day
Can I get that overnighted, please? →

Power of the people (and by “people” I mean “women”)

Another new study about women undergoing care for their breasts shows we’re still not quite getting it right. A New York Times article by Denise Grady published 2/18/11 is so well-written I would love to just reprint it here and be done for the day. But then I wouldn’t be able to pick and choose the parts of the study, and the article, that interest me the most and blab about them here, and it is all about me, right? Or should be. But it’s not. It’s about the 1.6 women who undergo a breast biopsy every year in this country.

Let’s back up a minute. That’s 1.6 million mothers, wives, sisters, aunts, grandmas, cousins, friends, and neighbors. That’s probably someone you know and love. Or at least see at the grocery store or at a family reunion.

Of the 1.6 million women undergoing biopsies, 261,000 will receive the earth-shattering, life-altering news that they have breast cancer. Of those 261,000 cancers, 207,000 will be the invasive kind and another 54,000 have DCIS (ductal carcinoma in situ), which means the cancer is contained and has not traveled to other tissue.

One thing the article didn’t tell me is how many of the 261,000 women have both invasive and DCIS, like me? Overachiever that I am, I had both kinds. I always did like two different flavors of ice cream on my cone as a kid, but really this is taking the “variety is the spice of life” idea too far.

What’s important about the new study, by Dr Stephen R Grobmeyer, director of the breast cancer program at the University of Florida? That far too many women are  undergoing surgical biopsies instead of needle biopsies (and yes, that is a gigantic needle Dr Grobmeyer is holding in the picture at left). He and his colleagues studied 172,342 breast biopsies and found that 30 percent of these biopsies are surgical when they should be needle. The going rate should be 10 percent surgical, according to the established medical guidelines.

While the 172,342 biopsies studied all took place in Florida, the expectation is that the rest of the country is similarly over-performing the surgical biopsies, which translates to unnecessary pain & suffering (and potential complications) for the women, as well as major expense. And we all know what a mess that creates.

Why are so many docs performing the more extensive, more expensive, more invasive procedure? We don’t know. The study doesn’t know. The docs who studied this issue have a theory, but they don’t like to talk about it.

Dr Melvin Silverstein is a breast cancer surgeon in North Beach, CA, who spoke out in the Times article about the money. He said some of the surgical biopsies were performed by surgeons who didn’t want to lose the biopsy fees by referring their patients to a radiologist. “I hate to even say that, but I don’t know how else to explain these numbers,” says Dr Silverstein.

Dr Elisa Port of Mount Sinai Medical Center in Manhattan says “I see it all the time. People are causing harm and should be held accountable.” By “harm” I assume she means surgical vs needle and by “people” I assume she means surgeons. Dr Susan Boolbol published a 2009 study on this issue as well. As for the idea that money is behind the procedures, she says “A huge part of me doesn’t want to believe it’s true.” But what about the other part?

If it’s not money motivating them, what about ego? I’ve dealt with a couple of surgeons myself. Not from North Beach or Mount Sinai, but I think it’s safe to assume that most surgeons, regardless of who they are or where they live, have a healthy ego. You can’t do what they do without feeling mighty confident about your ability and your judgement.

Think about it: when you have a condition that requires surgery, the person performing that surgery not only attempts to fix the problem, but also holds your life in their hands. Literally. Once they cut you open and handle the contents under your skin, they are holding your life. Knowing that you can do that, and then executing that successfully, feeds the ego.

So isn’t it possible that the surgeons who are performing surgical biopsies when needle biopsies would do aren’t money-grubbing, but egotistical? Is it possible that they truly believe they can tackle that problem, and do it better than anyone else? That certainly is the attitude I want my surgeons to have. I want them to believe so fervently that they’d come to blows in the OR over who is most qualified to perform my surgery. 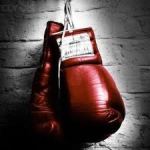 How’s that for an image? A gaggle of scrubbed-up, gowned & masked surgeons going at it over who gets to slice & dice. Times like this make me wish I could draw cartoons. That would be a good one.

Seems there is more than money involved in the biopsy issue. Whether surgeons order a surgical or a needle biopsy also depends on the type of surgeon, and I’m not talking orthopedic vs plastic. Among breast surgeons at Beth Israel in Manhattan, those employed by the hospital and involved in teaching fell under the 10 percent guideline. Those in private practice had a 35 percent rate of surgical biopsy. And the rate of surgical biopsies was even higher for general surgeons, not breast surgeons (37 percent). Because all the docs earn a biopsy fee, they all are chasing the same carrot.

A side note here is required, to address the patient’s role in all of this. I don’t want to dog the patient, because I am one, but I also would wonder about any woman who agrees to have a general surgeon do a breast biopsy. If a mammogram comes back funny and the OB-GYN recommends a biopsy, I sure hope the OB-GYN would refer to or the patient would demand a breast surgeon. And I also would hope that the OB-GYN and the breast surgeon would discuss the pros & cons of different biopsy types before rushing a woman into the OR. At the risk of sounding like Forest Gump’s friend Bubba discussing types of shrimp, there are several choices among needle biopsies: fine-needle aspiration, core-needle aspiration, stereotactic, and vacuum-assisted core needle. More than you wanted to know? Perhaps, but a useful point in the patient’s role.

I’d like to think that education is another reason for the high rate of surgical biopsies. And I mean by the patient and the doctor.

A surgical biopsy requires at least a 1-inch incision, then stitches of course to close that incision. The incision and stitches lead to a scar, not to mention pain and downtime, and introduce the possibility of infection. Yes, it always comes back to the infection with me. It would for you, too, if you’d ever gotten within spitting distance of a mycobacterium. Blech. Plus, if that surgical biopsy comes back with malignant results, we’re now talking about two surgeries instead of one.

So we’ve got money, ego, and education as reasons this is happening. Regardless of reason, what is the answer? Dr Silverstein has an idea. He says one way to stop excessive surgical biopsies is to ban them. Unless they are truly necessary and a needle can’t do the job, make them against the rules. And his hospital has done just that. “We made a rule,” he said. “If it can be done with a needle, it has to be. We embarrass you if you do an open (surgical) biospy. We bring you before a tumor board to explain.”

Ooooh. I’d love to be a fly on the wall. Seeing a bunch of surgeons embarrassing each other? And there’s not a reality show for that?

Dr Silverstein went on to say that when he lectures other docs and asks for a show of hands as to how many audience members perform surgical biopsies, no one raises his/her hand. “Nobody will admit it,” he says. Personally, I imagine him smirking a bit when he said that. That’s why he takes his message to the streets, to educate the docs and in turn hopefully educate the patients. He’s discovered that it’s more effective to go straight to the patients, though. He and his colleagues say that any woman who’s told she needs a surgical biopsy should question the doc and consider getting a second opinion.