What doesn’t kill you…

Doesn’t make you stronger. They lied.

Ok, maybe the first few times one encounters a non-fatal, strengthening adversity. Maybe it works then. But over and over and over? Time and again? Nope. It no longer makes you stronger. It chips away at pieces of your soul. It slowly yet painfully tugs at the very essence of who you are. Think gently pulling at a Band-Aid instead of just yanking it off. That tiny tug doesn’t seem like much in context, but really, each tug hurts — a lot.

That’s how it is with repeated adversity. A chipping. A tugging. It’s bullshit, for lack of a better word.

It makes me mad.

It makes me crazy.

It makes me sad.

It makes me quite unpleasant to be around.

It makes me question the karmic justice.

Pardon the language, but it’s true.

I’ve been totally remiss in posting about our new house. Building a house is a long, complicated process. Moving out of one’s house is a long, exhausting process. Moving out of the only home my kids have known was especially exhausting. Existing with most of our worldly goods in storage has been interesting and has been a study in “how much stuff do we really need?” Living in a temporary house, generously provided by our dearest friend Eddie (known for his wise comments on this blog), has been a challenge, but dare I say we’ve risen to that challenge and perhaps even thrived within it?

It’s been a long process. We signed the contract on the new house April 15th yet construction did not begin until July. A booming housing market and a shortage of skilled labor have created even more delays (gotta love the great state of Texas and its bustling economy!).  Tired of waiting, we broke ground ourselves, unofficially. If you ever needed a contrast in my children’s personalities, here it is. 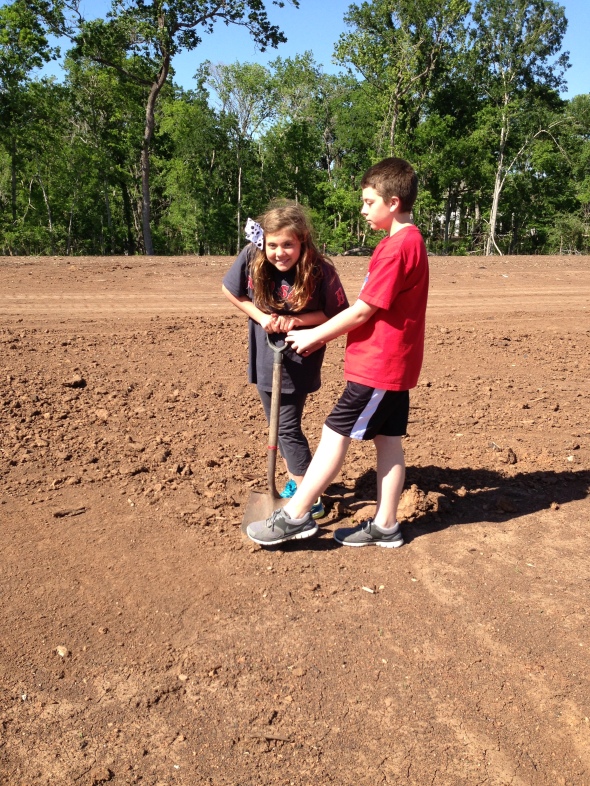 Our lot, all green and lush in the late spring. Seeing the house staked — at last — was very exciting!

After it was staked, the plumbing stumps went in and the foundation was re-barred. While it looks like a giant tornado is about to level our long-awaited progress, it’s just a cloud. 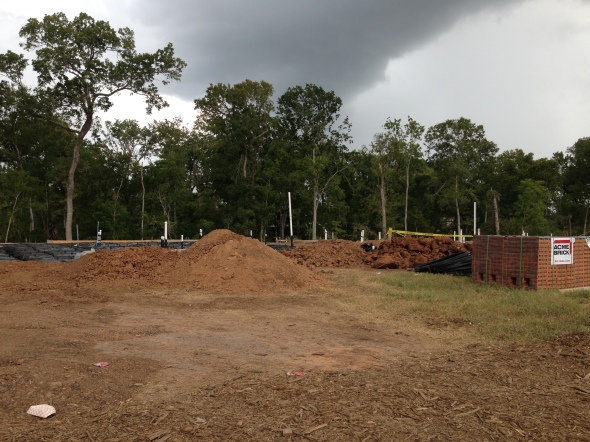 The foundation is nearly finalized here. 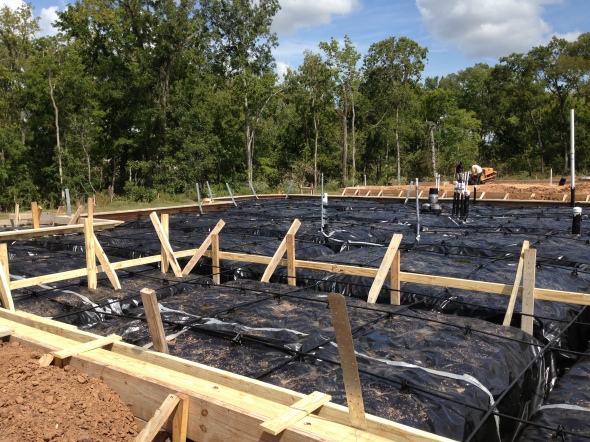 The view out our front door. The Port-a-Potty will stay the whole time the house is being built, so it’s featured in a lot of photos. We’re working a deal to keep it, but on the side of the house, for the teenage boy who resides with us.

We have a foundation! 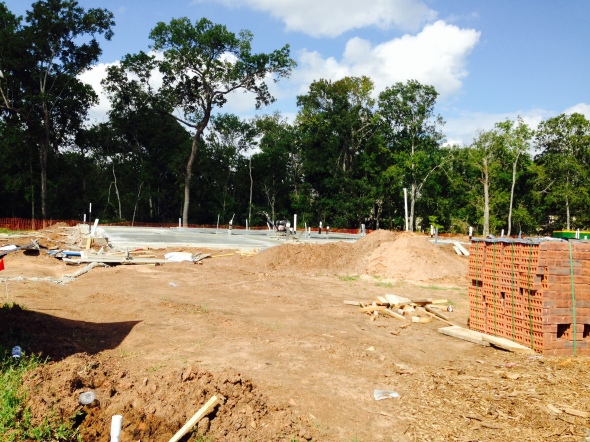 And then it gets framed!

Once the framing is done, the house starts to take shape.

With windows and a roof, it really starts looking like a house! 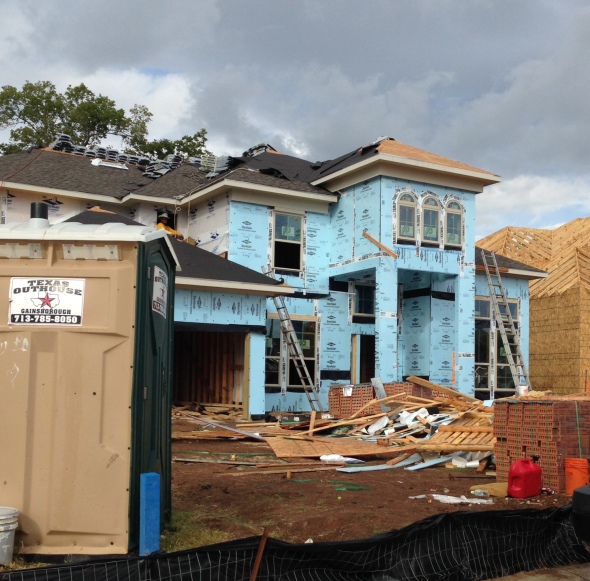 Once the outside of the house is done, they can start working on the inside, and that’s when the real fun begins. Stay tuned.