Coming soon to a hospital or surgery center near you: drive-by doctoring.

It’s the latest trend in chicanery, in which some health-care workers (namely high-dollar specialists) insert themselves into a case in order to jack up their revenue. 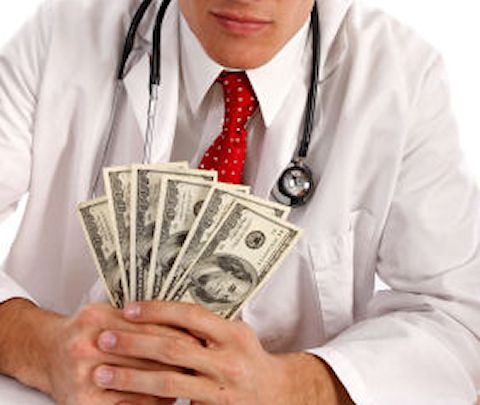 It’s come to light thanks to this article in The New York Times. Here’s the long-story-short: “In an increasingly common practice that some medical experts call drive-by doctoring, assistants, consultants and other hospital employees are charging patients or their insurers hefty fees. They may be called in when the need for them is questionable. And patients usually do not realize they have been involved or are charging until the bill arrives.”

Here’s how it typically works: you have a medical problem, say breast cancer, that needs to be fixed. You see a specialist and/or a surgeon and do your research. You might even check with your health-insurance provider to ensure that your doctor and procedure are covered. Your doctor’s office also ascertains pre-approval and pre-certification for your surgery. You do your due diligence and assume all your ducks are in a row. Meanwhile. you are consumed with getting your life in order before your surgery date; in my case, in the 2 weeks between being diagnosed with stage II invasive breast cancer at the age of 40 and undergoing a bilateral mastectomy, I stocked the house with groceries and washed every item of clothing in the house; I arranged for rides to & from school and extracurricular activities for my two elementary-school-aged children; I submitted myself to a battery of tests and scans in a series of appointments that constituted a part-time job; I met with my kids’ teachers and guidance counselor to inform them of what was going on at home; I answered phone calls and emails from concerned friends and family and endeavored to keep my people informed of my situation; and I lay awake at night, despite my exhaustion, wondering what the hell my very uncertain future held in store for me.

I did not, however, think to ask if the army of health-care providers and the plethora of services my cancer required were all in-network. I was rather busy wrapping my head around my diagnosis and ensuring that I did everything I needed to do, for myself and for my family. The last thing on my mind was whether I’d get screwed by out-of-network providers charging 20 to 40 times the going rate.

Surprise! Here’s a huge bill for services you neither requested nor consented to, and not paying will ensure sleepless nights, stressful budgeting sessions, and  harassment by collection agencies.

Luckily, I had great health insurance at the time I “waged war” on my cancer. Luckily, I happen to live in the epicenter of research and healthcare institutions; my city has some of the best medical schools and the best cancer-care facilities, which correlates to an abundance of first-class docs and hospitals. Luckily, I did not fall prey to drive-by doctoring during my cancer “journey,” but am nonetheless considering this a cautionary tale.

In the NYT article, a man named Peter Drier found himself recovering from back surgery and facing a $117,000 bill from an “assistant surgeon” he never met. Drier did his homework and researched his health-insurance coverage before his surgery, but still found himself a victim of drive-by doctoring.

Patients have their hands full before their surgeries, and some providers are looking to shore up revenue that is increasingly reduced by economics. It’s the perfect storm. Furthermore, hospitals that join an insurance network are not required to provide in-network doctors or services. New York has enacted legislation to protect consumers from drive-by doctoring; let’s hope other states follow. Until then, it’s buyer beware.

Today, on the 13th anniversary of the terrorist attacks, I’m thinking of the dogs who assisted in the search & rescue at Ground Zero in New York City. Some heroes have 4 legs.

Photographer Charlotte Dumas has profiled many of those 4-legged  heroes in her book Retrieved. It’s on my wish list.

One of the dogs in Retrieved is Bretagne (pronounced Brittany), a Golden Retriever who is reported to be the only surviving rescue dog from the Twin Towers disaster (one other dog, a springer spaniel named Morgan who worked at the Fresh Kills site at Staten Island, is still alive). A Golden Retriever is also on my wish list, BTW. 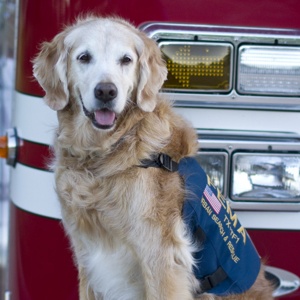 Bretagne was trained in and lives in a suburb near mine in the great state of Texas. Her very first assignment was search & rescue at Ground Zero. She was just 2 years old when she was deployed, along with her handler Denise Corliss. 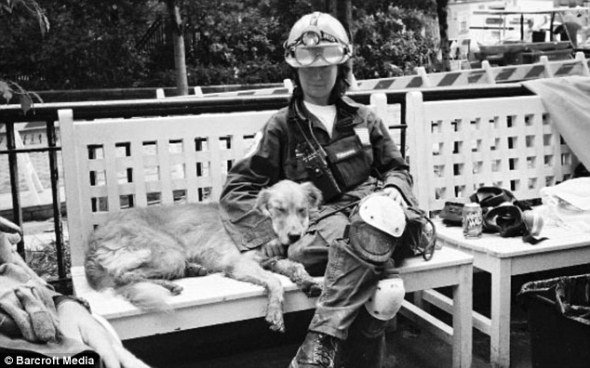 The absence of any human survivors at Ground Zero was unimaginably difficult for everyone involved in the recovery effort — including the dogs. Despite the fruitless search, the dogs worked tirelessly among the perilous conditions that included broken glass, twisted metal, and hazardous emissions. The human searchers were protected by heavy gloves, boots, and masks; the dogs, however, relied on their bare paws for balance, their exposed claws for traction, and their sensitive noses for any whiff of human remains. 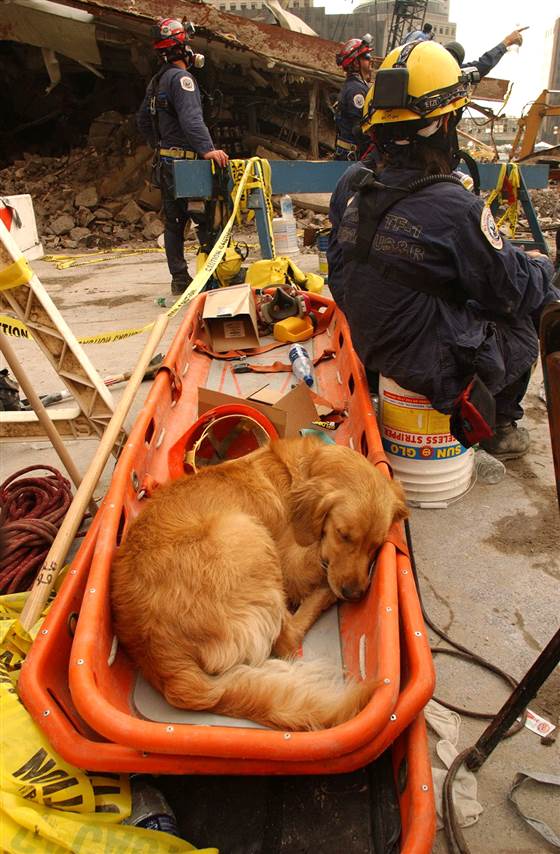 Bretagne spent 2 weeks working 12-hour shifts in the dangerous conditions. Her handler recalls that on her very first search, Bretagne slipped on a metal beam that was wet from the fire hoses that still doused the smoldering wreckage. Corliss was nervous, but said that Bretagne “pulled herself  back up onto the beam with her front paws and continuing to sniff intently as if nothing had happened.” 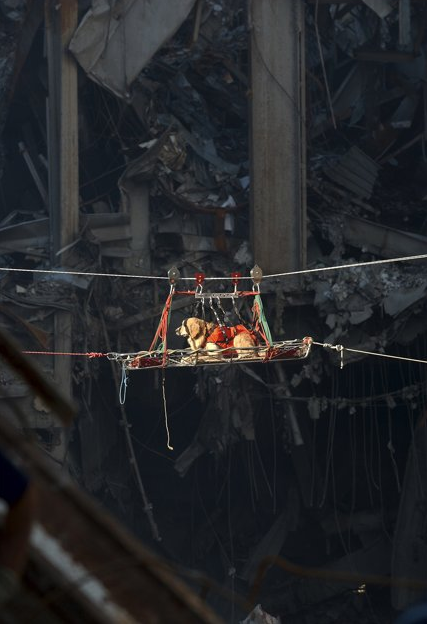 Corliss recalls how Bretagne seemed to make a point of putting herself in front of weary first responders. Several times, Bretagne left Corliss’ side to greet shell-shocked firefighters. Corliss gave the command for Bretagne to come back, sit and stay, but was rebuked. Corliss was shocked that the usually well behaved dog disobeyed: “I was surprised that she wasn’t listening to me, but she really wasn’t — it was like she was flipping me the paw.”

One of the veterinarians who looked after the search & rescue dogs at Ground Zero founded the Penn Vet Working Dog Center. Dr Cindy Otto realized that the dogs working at Ground Zero supplied much more than search & rescue or recovery: they provided great comfort to the first responders. She says, “You’d see firefighters sitting there, unanimated, stone-faced, no emotion, and then they’d see a dog and break out into a smile. Those dogs brought the power of hope. They removed the gloom for just an instant — and that was huge because it was a pretty dismal place to be.” 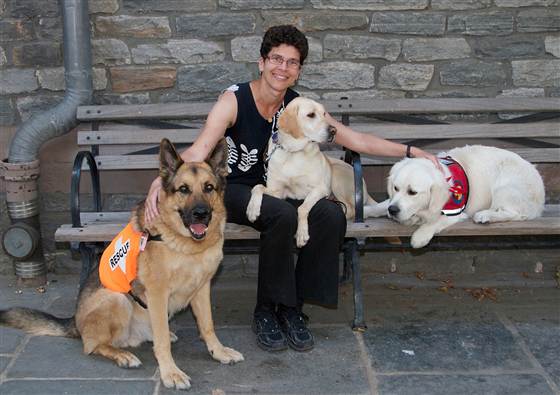 At the Penn Vet Working Dog Center, the puppies in training are named after the dogs who worked Ground Zero. Bretagne met her namesake, who now lives with a man who has Type 1 diabetes. Bretagne 2 alerts her new master if his blood-sugar levels get out of whack. 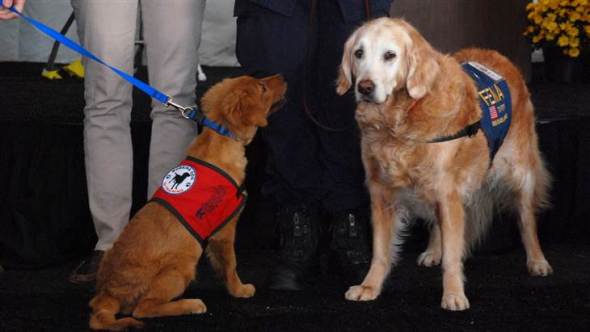 Cheers to Bretagne and the next generation of  4-legged heroes. May your treats be plentiful and your belly rubs never-ending.

Joanna Montgomery gets it. She really gets it. It’s a common misconception, yet something that those of us who’ve faced it head-on know. We know because we learn the hard way. Despite the Pollyanna snow job by pink-ribbon celebs like Giuliana Rancic and Amy Robach, having a mastectomy does not mean you get new boobs. Not even close. In this article, Montgomery explains it, succinctly and completely.

“There’s a huge misconception among the general populous about what it means to have one’s breasts removed and replaced with artificial ones (if they are replaced at all). When speaking about my upcoming surgery, I had many well-meaning people say things like, ‘Well at least you get new boobs!’ and, ‘Your husband must be so excited… has he picked ’em out yet?’ Yeah, well, it’s not quite like that. Not at all, in fact.”

Here’s how it really is, as Montgomery so eloquently explains: “It seems that those not in the know tend to equate post-mastectomy reconstructed breasts with augmented breasts or ‘boob jobs.’ Nothing could be further from the truth. You see, augmented breasts are actually real live breasts with nipples and healthy breast tissue behind which silicone or saline implants have been placed, either under or above the muscle, thereby pushing them up and out. If augmented breasts didn’t look damn good, breast augmentation surgeries would not be so, ahem, popular. So even though augmented boobs are often called ‘fake boobs,’ they’re really not. I, on the other hand, do have fake boobs (or ‘foobs,’ as I have become prone to calling them).”

I have foobs, too. Not implants, but foobs made from my own flesh and tissue carved from my belly via a 17-inch-long incision.

Like Montgomery, I am thankful to have had skilled surgeons at the helm of my reconstruction, and I’m thankful to have good health insurance (although the out-of-pocket expenses are still hefty). Sometimes honesty about our foobs is interpreted as being ungrateful. Montgomery says, “those of us who either opted to have mastectomies as a preventative measure, or had mastectomies as a life-saving measure, aren’t excited about our ‘new boobs.’ In truth, we’ll never be the same. We see ourselves differently now when we look in the mirror, because we are different, inside as well as outside.”