← RIP, Steve
This may get me in trouble →

I was having lunch with the girls and could barely concentrate on the conversation. I’d chosen a seat that looked straight out the window, in direct line of the restaurant’s marquee. Big whoop, right? You read the marquee in 3/4ths of a second and your brain moves right back to the conversation.

See, I used to be an editor. My eyes are specially trained to spot mistakes — in type, on marquees, in people. I can’t turn it off; it’s like my superpower except not as useful as being able to say, leap tall buildings in a single bound.

Once I find a mistake, I’m like a dog with a bone. It bugs me –a lot–if the mistake goes uncorrected.

Of course I had to tell the waiter, and he looked at me like, “So?” To say that he was unconcerned with the marquee containing a spelling mistake would be quite the understatement.

So I did what I had to do — called in the manager.

He was a teeny bit more concerned than the waiter, but only because he wanted me to shut up and leave him alone. Clearly. But I told him that it was bad press to have a marquee mistake, and that it connoted sloppiness that just might permeate his entire operation. His ears pricked up a bit at that, but I’m not sure if it was the message or the overload of syllables that got his attention.

He tried to tell me that they were out of “E’s” and I told him that’s no excuse. Flip over a 3 to create one. Or, even better, delete the “D” and the question mark and go from an interrogative to a declarative sentence.

I ended the grammar lesson by telling him to get the ladder, man!

Guess this guy drew the short straw and has to climb the ladder. Or maybe he won and gets to get out of the greasy kitchen and breathe some fresh air. While the boss man breathes down his neck, that is.

He’s on a very important mission (but he probably doesn’t know it). Actually, it’s a double mission: correct the error and shut the bossy lady up. 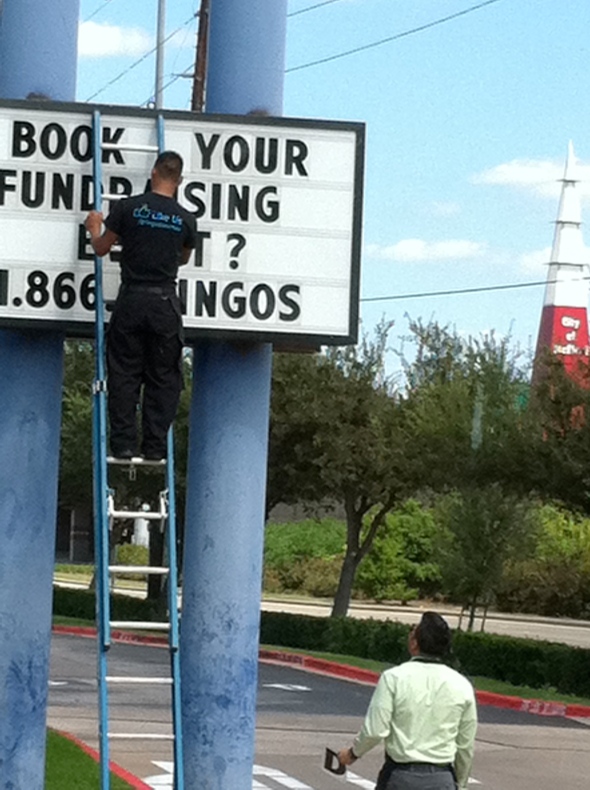 Boss man has the offending “D” in his hand, so now ladder boy needs to lose the question mark.

And away it goes…. 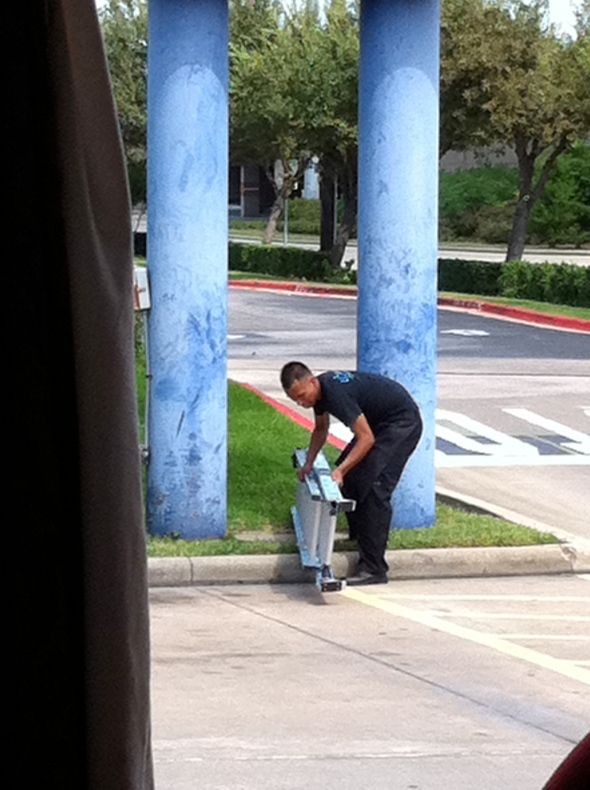 All done and back to the greasy kitchen. School’s out. 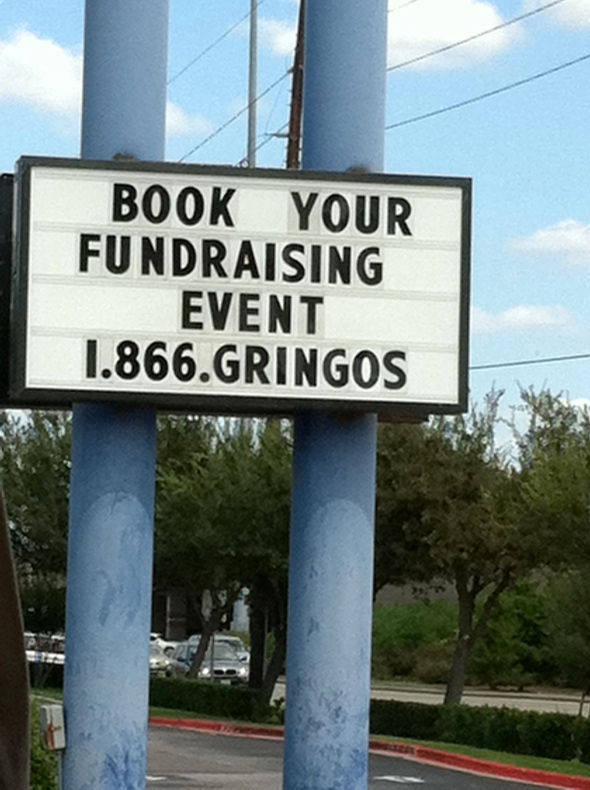 That’s SO much better!