The emails come from the National Breast Cancer Coalition, and there are some interesting facts. Well, interesting to someone whose life has been affected by breast cancer. I’m unfortunately in that camp. Boo. I don’t want to be in that camp, but I can’t unring that bell. No one asked me what I want, sadly. Once you’re diagnosed, no matter how much you fight it or try to ignore it or don’t want it, you’re in that camp. So ya gotta deal with it, and one of the ways I’ve dealt with it is to immerse myself in fact, figures, and information. Not saying that’s the right way for everyone, because I know some people like to stick their head in the sand. I’m not judging the ostriches, just saying that they do in fact exist. 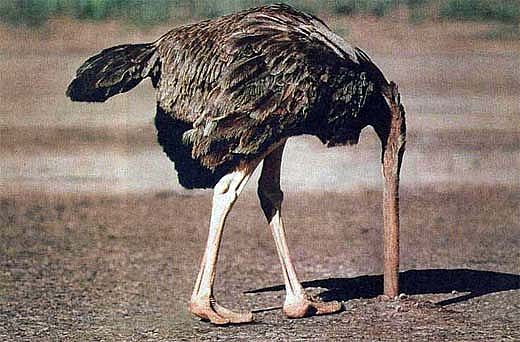 Because I’m not an ostrich, and I feel the more info I have the better armed I am, I like all the facts, figures, and information. Even the scary parts. I tell my doctors all the time, just give me the info, including the ugly stuff. I can handle the hard truths, I just need to know that I’m dealing with. I do much better having the information. Like the statistic that says 65 percent of those diagnosed with breast cancer will have a recurrence. It’s scary, but I like knowing it. I need to know it. For me, the unknown is much scarier. The permutations my wild imagination comes up with are way scarier than the actual facts.

I fully expect a recurrence.

Not because I’m looking for the Grim Reaper or because I’m negative — neither of which is true — but because I’m realistic. Being diagnosed at age 40 with what was for me my second cancer (melanoma was the first), I fully expect to have to face this beast again.

With both the melanoma and the breast cancer, I got off easy, relatively speaking. The post-mastectomy infection gave me a run for my  money, but the cancers were easy to treat; the surgeries were awful but temporary. Man, that infection was a bitch. Who’d have thought it would be worse than the cancer and subsequent treatment? But it was.

But back to recurrence.

I fully expect it.

In fact, I recently mentioned that among a small group of my besties and was met with utter silence. Not one person piped up to say, “Nah — you’re crazy. You beat it and you’re done. Nothing to worry about.” 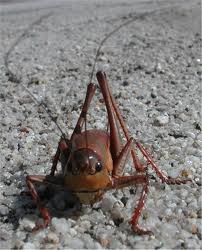 Chirp, chirp, chirp went the crickets in the abysmal silence of no one sticking up in disagreement with recurrence.

I’m no fool. I know that having one cancer puts a person at a much higher risk of contracting another type of cancer (exhibit A: melanoma >> breast cancer). I expect that it’s coming. At some point, at some time, it’s coming. I can do the math and know that I will spend more years fighting cancer than I’ve been alive. That’s one of the many things that just plain sucks about being diagnosed young. Or young-ish, in my case. Yes, there are tons of people who are much younger than I was at the time of diagnosis. Hell, some of them are even kids. Little bitty kids, fighting a big, nasty disease. Plenty of people are young, not young-ish, at the time of diagnosis. And they will spend even more years than I fighting the disease.

I had a fancy test shortly after my diagnosis, to identify the characteristics and risk factors of my cancer. The Oncotype gave very specific and very personalized information about my cancer. The test looks at a group of genes (21 genes total: 16 cancer genes and 5 control genes) to see what their activity level is. This test provides additional information — beyond the usual standard measurements such as tumor size, grade, and whether lymph nodes are involved — to give each woman a score that correlates to how likely it is that her cancer will return. The idea is to help make decisions on cancer treatment (chemo? no chemo? if so, what type and for how long?). Very useful information. Expensive (nearly $5,000) but useful. 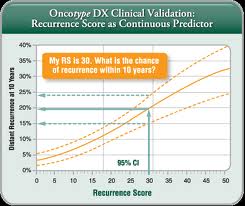 My risk factor for recurrence of this same cancer, according to the Oncotype, was low. Really low. Single-digits low. But that’s little consolation to me. It’s nice to see that low number on the report, but I’m no fool. I know how haywire cancer cells can be, and how one cancer cell is all it takes to wreak havoc in one’s body.

I think it’s safe to say that most people who have stared down cancer think about recurrence. I remember wondering how in the sam hell I would ever get through what was the worst thing in my life, and once I was through it, thinking how nice it would be to consider myself done, but no, there’s the thought of recurrence. I think about it every day. Even after everything I’ve been through.

The current pinkwashing that permeates every October gives the impression that once you fight your cancer battle, you’re done. It’s a glamorous, sexy disease, wrapped in blush highlights and tied in with lots of fun products, all wrapped up in a cute pink ribbon. Sure, you may lose your breasts and your hair, and you will most likely gain lots of weight from the hormone therapy necessary to fight this bastard. You may lose any shot at positive self-esteem and a happy body image, and your life will never be the same. You may well make yourself crazy with the wardrobe challenges involved in dressing around a mastectomy and reconstruction, and you may well be bankrupted from the surgeries and treatments (even with good insurance), but once you’ve slayed that beast, you’re done.

12 Comments on “Facing the facts”