I hope AJ has unplugged

The backlash surrounding Angelina Jolie’s announcement that she has a prophylactic bilateral mastectomy is a lot of things: stunning (not in the good way), discouraging, upsetting, disgusting, rage-inducing, sad…the list is long. 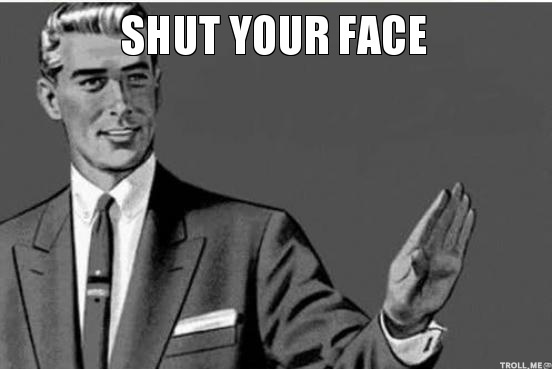 I keep telling myself to just stop reading the negative headlines and judgmental comments, but I can’t. I’m drawn to them like a thirsty girl to a sparkling glass of bubbly.

The comments range from stupid to mean to crazy. This crackpot goes way out on a limb with a conspiracy theory (thanks to my friend Katie for alerting all of us to this blood-pressure raiser). A couple of gems from Mike Adams, who calls himself the Health Ranger, but whom I’m calling Senor Crazy-Pants:

“The cancer industry wants to funnel women like cattle into their slash-poison-burn system of quack treatments. And Angelina Jolie is their new cheerleader. Scarred and no doubt experiencing the chest and armpit numbness that almost always accompanies mastectomy surgery, she now seeks to ‘inspire’ other women to exercise their own sick ‘choice’ and have their breasts removed, too!

“It is the sickest invocation of women’s power that I’ve ever witnessed. This is not empowering women, it’s marching them into self-mutilation. And the ‘risk’ is a complete fraud. In truth, Angelina Jolie had a higher risk of dying on the operating table than dying from breast cancer if she simply followed an anti-cancer lifestyle.”

According to Senor Crazy-Pants, we could avoid cancer with a healthy diet and lifestyle. So it’s my fault that I got cancer, even though I don’t eat meat, choose organic, strive for a plant-based diet, and avoid processed foods and environmental chemicals.

“She wanted a boob job so this is a convenient way of getting one PLUS accolades from everyone.” Yes, because a woman whose net worth is estimated to be $120 million can’t afford breast augmentation.

“This is no less than a media stunt to gain more market share to stay up high on the A list.” Right. As if her every move isn’t chronicled by papparazzi. Going to the grocery store is People-worthy news for her.

“It’s not ‘brave’, it’s stupid. When one has a genetical risk of developing cancer, the procedure is to have them checked at least once a year, up to every six months. Removing healthy organs just for the hell of it is insane and the surgeon who accepted to do this is highly unprofessional.” It’s not enough to criticize and judge her so let’s drop her surgeon in the grease, too. And by the way, it’s “genetic risk” not “genetical risk.” Sheesh.
“How brave is she, if she did that [preventative mastectomy] out of fear?” I’ll give you something to fear, you dumbass commenter.
“Is she really trying to save herself from possible breast cancer or is she following orders from her Council on Foreign Relations bosses to have a ‘unisex’ look?” Sorry, but she already had reconstruction, so the unisex look theory died before it hit the mainstream media.
“Angie DID IT AGAIN…..she stole Poor Bitter Barren Spinster Jennifer Aniston’s marriage thunder RIGHT FROM UNDER HER…..” Ahhh, so that’s why she underwent 3 months of medical hell — to deflect publicity from her arch-nemesis. I’m just spit-balling here, but I’d say that her nearly 10-year relationship with Brad Pitt and their 6 children satisfies her need for vengeance.
“If anyone believes she did this as a way to prevent cancer you’re naive. She’s had 3 kids and she’s getting older. She needed a way to justify getting breast implants (since she’s against plastic surgery) and this is a way for her to do so. Nothing she ever does is for anything but selfish, self-promoting, and self-absorbed reasons.” Duh, she has 6 kids…get your celeb gossip facts straight. And how selfish, self-promoting and self-absorbed is it to be involved in 29 different charities and to donate millions of dollars to those causes.
I don’t care what doctors think are your ‘chances’ for getting cancer. She could’ve kept her tits and monitored the situation closely. The dumb bitch chose to mutilate herself. This woman needs a fucking lobotomy … and to all of you morons who will coo about how “brave” she is, you need lobotomies too. She’s not brave. She’s a stupid, attention-junkie whore.” Wow. Way to work in extreme judgement, disparaging ideals, quackery, and cuss words. I’m glad this commenter “doesn’t care what doctors think” because if he/she is chosen for the cancer lottery, he/she will already have all the answers.
“I can’t get past the thought that this is a level of self-mutilation that would appeal to her.” Self-mutilation and prophylactic bilateral mastectomy. Not exactly the same thing, but thanks for playing.
“Is this drastic action really the only option? This seems like a combo of Ange’s crazy, extreme self destructiveness. and love of attention. More great
publicity for the Jolie Pitts! Again, going to the grocery store provides tabloid fodder for days. She’s probably the last person soliciting publicity.

“RIP Angie’s boobs. You had options, dummy!” And what options would those be? Living in fear? Wondering if this year’s well-woman exam would turn up a lump? Hide under the bed and hope it all blows over? Who’s the dummy here?

“Angie cuts off her boobs, Brad’s gonna be f****** the nanny!” Yes, because nice boobs are the only reason a man would want to be intimate with a woman.

“What a waste of a bangin’ set of boobies.” The waste here is that this commenter is alive and breathing air while Angelina’s mother is dead from ovarian cancer.

“Angelina Jolie’s boobs have been removed…I’ll never smile again.” I’ll give this tweeter partial credit for being creative, but that’s it.

“Being an empowered woman doesn’t mean cutting off your breasts and aborting live babies — even though both of these things are often celebrated by delusional women’s groups. Being an empowered woman means protecting your health, your body and your womanhood by honoring and respecting your body, not maiming it.” Damn those delusional women’s groups. And I guess I missed the news story that Jolie had a late-term abortion as well as a mastectomy. Were they at the same time?? Did the “highly unprofessional” surgeon referred to in a previous comment perform the abortion, too?? Is that covered by insurance??

One of my fellow bloggers had a much more useful comment. When I read it, I copied it and pasted it, but forgot to attribute it, and now I can’t remember who wrote it. Apologies, ladies. If this is yours, please tell me so in the comments section so I can thank you properly. “There are no ‘good’ choices in such cases: only bad and worse ones. Making them in Jolie’s situation, when your own mom has died of cancer, is even harder.”

Truer words are seldom spoken (or typed). While I’m a proponent of freedom of speech in general, I wish there were a rule that prevented idiots and mean-spirited fools from spouting off on something with as much gravitas as Jolie’s decision. 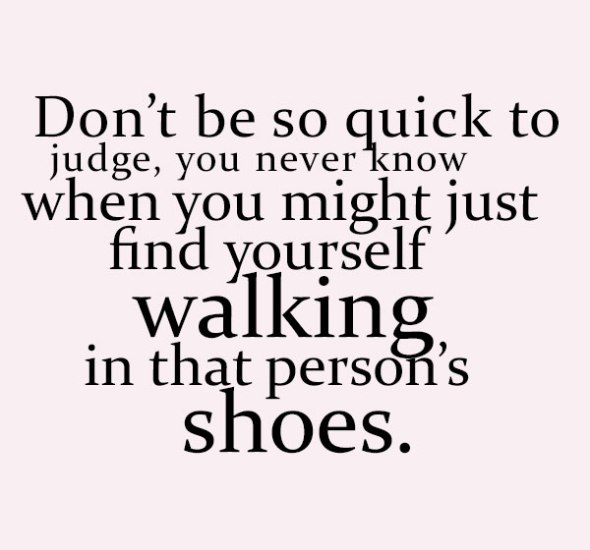 I wish there were a policy stating “If you haven’t had cancer, your voice will not be heard.” 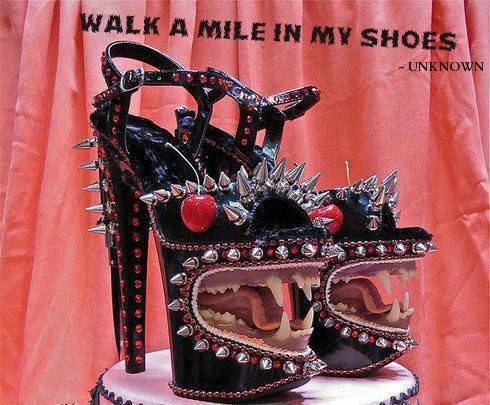 I wish there were an amendment upholding the right of those of us who’ve lost a beloved member of our tribe to speak about the pain and grief and unfillable hole left by that person’s death.

I wish there were a mute button to be used when people spew garbage about a situation in which they know nothing.

I really wish that everyone who takes the time to render their judgement and register their opinion on a total stranger’s wrenching choice would read Jackie’s post on this heated topic:

“I have a message for people of the judgmental persuasion. Until you know what it’s like to hear the words ‘You have cancer,’ or to lose your mother or sister or daughter to it, you don’t get a vote. (Even then, you don’t get a vote; but you’re far less likely to want one.) Check the beam in your own eye, if you tend toward the Biblical. If you don’t, let me put it in language you’ll understand. Shut. The. Fuck. Up.”

thank you, google images, for providing such lovely graphics.

sorry about the formatting; not sure what’s up with that.

16 Comments on “I hope AJ has unplugged”