I have a friend I met through this little blog. Like I, she lives in a suburb of this vast, sprawling city, although we are on completely opposite ends of the city — an hour’s drive apart. In this city of more than 2 million people, we both had the same surgeon for our reconstruction. She found this little blog while researching our shared doc. Small world, huh?

M and I have gotten to know each other in short order, as is the case when strangers are bound by the worst-case scenario. Instead of discovering that we both like to hike or collect Troll dolls or any number of commonalities that bring people together to forge a friendship, we’ve bonded over things like post-surgery infections, failed surgeries, broken promises and shattered dreams. We’ve traded war stories, vented frustrations and showed each other our scars — the ones on the outside, that is; the ones that can be seen by others.

Our most recent conversation was about how our reconstructive surgeries didn’t exactly turn out the way we expected. We’ve covered this topic before, and will likely cover it again. This most recent conversation coincided with this article in The New York Times following Angelina Jolie’s announcement that she had a prophylactic mastectomy. While Jolie has received a lot of praise, the article says that some breast surgeons worry that the general public will think that reconstruction following a mastectomy is “a quick and easy procedure” and that most people don’t fully understand what’s really involved. I certainly didn’t. I do now. Man, oh man, I do now.

The Times article elaborates: “For most patients, breast reconstruction requires an extended series of operations and follow-up visits that can yield variable results. Some women experience so many complications that they just have the implants removed.” While not all reconstruction involves implants, as in the case with M and me, that’s the most common version, and as long as one doesn’t suffer complications like M and I did, it’s a straightforward process.

It is not, however, a boob job. Roseann Valletti was interviewed for The Times article, and reports that “she is uncomfortable. All the time. ‘It feels like I’m wrapped up in duct tape,’ said Mrs. Valletti, 54, of the persistent tightness in her chest that many women describe after breast reconstruction. They look terrific, to the eye, but it’s never going to feel like it’s not pulling or it’s not tight. It took me a while to accept that. This is the new normal.”

Ah, yes…the “new normal.” M and I have discussed this “new normal.” A lot. And we’ve both come to the conclusion that we don’t like it. Not one bit. We’re so over the “look on the bright side” mentality that is forced upon us cancer patients, especially those of us “lucky” enough to have “the good kind” of cancer. Newsflash, people: there is no good kind. There are degrees of shittiness, but none of them is good.

M and I have learned the hard way that reconstruction after a mastectomy is not a simple thing, as some people may have inferred from Jolie’s experience. As stated in The Times: “Even with the best plastic surgeon, breast reconstruction carries the risks of infection, bleeding, anesthesia complications, scarring and persistent pain in the back and shoulder. Implants can rupture or leak, and may need to be replaced. If tissue is transplanted to the breast from other parts of the body, there will be additional incisions that need to heal. If muscle is removed, long-term weakness may result. A syndrome called upper quarter dysfunction — its symptoms include pain, restricted immobility and impaired sensation and strength — has been reported in over half of breast cancer survivors and may be more frequent in those who undergo breast reconstruction, according to a 2012 study in the journal Cancer.”

Running through that check list, I can say yes to bleeding, infection (not just risk of, but full-blown), scarring, persistent pain, and additional incisions. No anesthesia complications, no implants (ruptured, leaky or otherwise), or upper quarter dysfunction, although I certainly do have all of the symptoms listed, so perhaps I do have it and just don’t know it. Add to that list less-than-satisfactory aesthetic results, intermittent lymphedema, frustratingly painful scar tissue, divots in both armpits from lymph-node removal, unholy difficulty finding a bra that fits, PTSD, a near-uncontrollable aversion to antibiotics, and discomfort when reaching or stretching my arms.

Dr Deanna Attai, a mainstay in the online breast cancer community, was interviewed for The Times article and said, “We do not yet have the ability to wave a wand over you and take out breast tissue and put in an implant — we’re not at “Star Trek” medicine.” 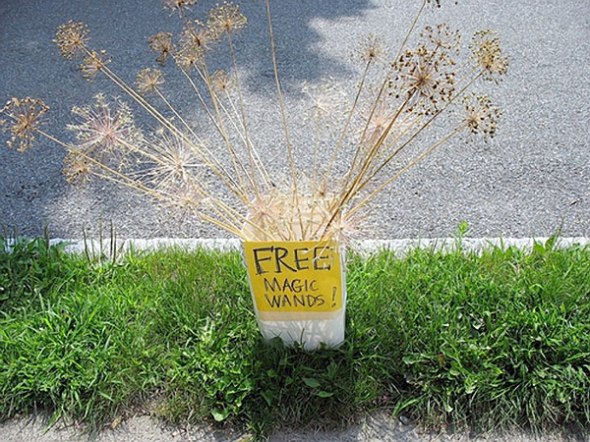 15 Comments on “No easy choice”