What doesn’t kill you…

Doesn’t make you stronger. They lied.

Ok, maybe the first few times one encounters a non-fatal, strengthening adversity. Maybe it works then. But over and over and over? Time and again? Nope. It no longer makes you stronger. It chips away at pieces of your soul. It slowly yet painfully tugs at the very essence of who you are. Think gently pulling at a Band-Aid instead of just yanking it off. That tiny tug doesn’t seem like much in context, but really, each tug hurts — a lot.

That’s how it is with repeated adversity. A chipping. A tugging. It’s bullshit, for lack of a better word.

It makes me mad.

It makes me crazy. 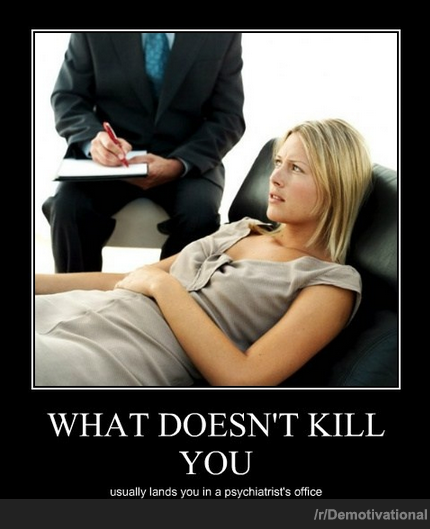 It makes me sad.

It makes me quite unpleasant to be around.

It makes me question the karmic justice.

Pardon the language, but it’s true. 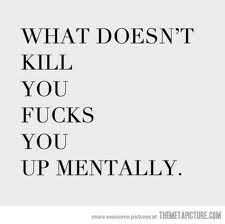 8 Comments on “What doesn’t kill you…”