Did y’all hear about this? A Trenton, New Jersey CVS pharmacy accidentally dispensed tamoxifenn instead of pediatric fluoride pills. 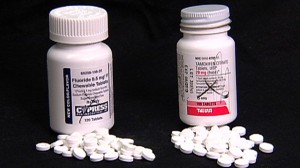 I love CVS for the generous donations they made to Extreme Home Makeover, the feel-good show that used to be on TV. I searched to find a source to tell me how much CVS donated via the show over the years, but my patience wore off before I could find an answer. Suffice to say it’s a lot.

When I read about the drug mix-up, I cringed. The estimate is that as many as 50 kids received Tamoxifen instead of their chewable fluoride pills between December 2010 and February of this year. CVS hopes that any one of those 50 kids who tried to chew a tamoxifen pill instead of the usual fluoride pill would notice that something was different. Daniel Hussar, who teaches at the Philadelphia College of Pharmacy, was quoted as saying that because tamoxifen is meant to be swallowed, no effort is made to make it taste good, as is the case with chewable fluoride. He says a child who tried to chew tamoxifen would likely “want to spit it out or tell his parents it tastes bad.”

If they didn’t notice the taste, I wonder if they noticed the side effects. I pity the parent who has to deal with a moody, hot-flashing kid.

Because tamoxifen’s job is to block estrogen and prevent breast-cancer recurrences, it can monkey with one’s hormones. I’ve written about this very topic. More than once. I feel pretty qualified to complain about the side effects of tamoxifen, even though I know it’s an integral player in the recurrence-prevention game. I know well that this drug is my best shot for keeping that infernal cancer beast from showing its ugly mug around here again. The National Cancer Institute says explains it, “As adjuvant therapy (treatment given after the primary treatment to increase the chances of a cure), tamoxifen helps prevent the original breast cancer from returning and also helps prevent the development of new cancers in the other breast. As treatment for metastatic breast cancer, the drug slows or stops the growth of cancer cells that are present in the body.” Great right? Yes. Definitely. But, as we all know, there is no free lunch, and tamoxifen comes with some heavy side effects.

At the risk of sounding like one of those annoying commercials that lists every side effect under the sun, here goes:  increased chance of blood clots, increased risk of strokes, development of uterine cancer, and cataracts. But wait, there’s more: menopause-like symptoms such as mood swings, hot flashes, joint pain, and leg cramps. Not listed is the accelerated aging characterized by dry skin, loss of collagen, brown spots (aka “age spots”), and thinning hair. Because losing my rack isn’t enough, I also got thrown into chemically-induced menopause and became a brittle old woman decades before my time.

Not that I’m complaining.

Instead, I’m looking on the bright side: when I pop the little white pill every morning, I know exactly what I’m getting. No surprises. No mistaking a chewable fluoride pill for a powerful anti-cancer weapon.

Life is so uncertain 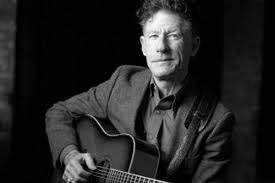 “Look,
I understand too little too late
I realize there are things you say and do
You can never take back
But what would you be if you didn’t even try
You have to try
So after a lot of thought
I’d like to reconsider
Please
If it’s not too late
Make it a cheeseburger.”

I don’t eat cheeseburgers, or any burgers, but I love Lyle Lovett, and his clever and playful lyrics have been running through my head all day as I contemplated my latest visit to my cutie-pie oncologist. Last time I saw him, we discussed whether I need yet another surgery, to remove my ovaries. See, those little suckers pump out estrogen, and estrogen happens to be fuel for the type I cancer I had. So the theory is this: cut off the fuel, starve the cancer and ensure it has nothing with which to reconvene. Since I wasn’t physically well enough to undergo the oophorectomy because of the post-mastectomy infection, we put that surgery on hold, but in the meantime I began getting a shot of Lupron once every 3 months. Lupron essentially does the same thing as removing the ovaries, which is to shut off the supply of estrogen.

I thought the plan was set: continue the Lupron shots until I was deemed well enough to undergo the oophorectomy, which would likely be in the fall of this year. Get the kids back to school, recover from the August 17th reconstruction revision, and get rid of the ovaries. I like having a plan. I like sticking with a plan. I’m not a fan of changing the plan.

Today, Dr Cutie Pie said he didn’t think I needed to keep getting the Lupron. I’ve been getting the injections for nearly a year now, so even though I was scheduled to get one today and was planning on getting one today, he thought I was done. The plan had changed.

Do I think the hot flashes and sweating like a pig in heat are sound enough reasons to discontinue the current path of hormonal suppression? No. I haven’t murdered anyone (yet). Dr CP said there’s really not that much difference between hormonal suppression from Tamoxifen alone and suppression supplemented even further with Lupron. A year of Lupron injections seemed to be enough, in his opinion. The daily Tamoxifen will go on, though.

Disclaimer: I did not beg, whine, or persuade him to make that decision. Not like I did last summer with Dr S when trying to sway him to release me from yet another hospitalization or disconnect me from the dreaded wound vacuum, Sucky. I did not employ any such tactic with Dr CP today. He came up with the idea to cease & desist all on his own.

He also said maybe that oophorectomy isn’t necessary, either. While I’m completely in favor of eschewing yet another surgery, my gut instinct tells me to rip those ovaries out (gently, though, and with lots & lots of morphine).

Life is so uncertain. What’s the right choice? How does one make such a decision? Stop the Lupron or not? Pursue the oophorectomy or count my blessings that I won’t need another surgery? Where’s the Great and Powerful Oz to tell me what to do? 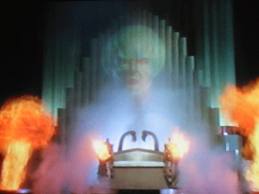 That’s the problem with cancer. One of the many problems. Big-ass decisions need to be made; life-and-death decisions. And while there’s research aplenty and resources available, there’s no clear answer. I like clear answers. And unchanged plans. Neither of which prevails in one’s “cancer journey.”

Nonetheless, we moseyed along through the rest of the check-up with the usual and quite popular assertions from Dr CP that my cancer is not coming back. I like that part. He says this at every visit, and I really like hearing it. He told me that my reconstructed chest looks fantastic, and I really like hearing that (even though I think he’s shining me on, because there is definitely some tweaking and fine-tuning that needs to be done). I still like that he says it, though, even if he’s shining me on.

We chitty-chatted about his new baby, my tennis game, and other pleasantries. He said he’s started playing tennis and is thinking about taking some lessons. When he told me he plays once a week, I told him he’ll never get better that way; it’s not often enough. He got all puffed up and said it’s enough for him because there’s such a thing as talent.

In the immortal words of Steve Martin, “Well, excuuuuuuuuuuuuse me!”

He even strutted down the hallway a bit, then turned to say something about how he’ll be ready in about 6 months to kick my butt on the tennis court. I said, maybe in about 60 years.

How on Earth do I manage to find such cocky doctors?????

We parted ways, him to daydream about beating me in tennis while I headed to the infusion room to get my port flushed. For the last time. Ever.

Yipee! That makes me very, very happy. I’ll get my port removed next month, when Dr S does my reconstruction revision. Can’t wait to bid adieu to that little guy (the port, not Dr S).

But while in the infusion room, I started to second-guess the decision to stop taking the Lupron shots. It didn’t feel right to me. The instant-gratification-girl inside me said, “Hell, yes, let’s forego the shot — that sucker hurts and leaves me bruised for weeks.” But the more-measured-approach-taking girl inside me said something doesn’t seem right with this decision. What’s the harm in continuing the Lupron therapy (besides the obvious, 20-gauge needle harm, that is, and the hot flashes and sweating like a pig in heat harm)?

Dr CP walked by a few minutes later, as I was discussing the pro’s and con’s with my patient advocate extraordinaire, Amy Hoover, and we grabbed him to say I’m not sure about the Lupron decision. He listened intently as we reviewed the pro’s and con’s and said there’s no harm in getting the shot. So I got the shot. Still not sure if it’s the right choice. No idea if it’s the right decision. My gut says yes, and my gut usually is right. However, the fact that it took 3–count ’em–3 tries to get the shot makes me wonder. The needle went in, but the Lupron wouldn’t go. Ow! 3 needle sticks with a 20-gauge needle could easily make a girl question her decision to question her decision. But, as Lyle Lovett says, “Life is so uncertain.”