A mere 5 days ago, baseball was dead to me.

The season was over before it even really got started.

My favorite player suffered a nasty injury as his shoulder was crushed by the Rays’ Reid Brignac. Speculation ran rampant that the hottie center fielder would be out for the season.

Brignac had dislocated Ells’s shoulder, causing my favorite player a lot of pain. Shame on you, Brignac.

According to the ESPN article, “A minor dislocation typically requires a minimum of four to six weeks, but if further evaluation reveals additional trauma to the shoulder, such as tears to the rotator cuff, labrum or other muscle or tendons, Ellsbury could be in jeopardy of missing months more.”

Red Sox manager Bobby Valentine had no info on Ellsbury’s condition after the Sox-Rays game, saying only that he expected another outfielder to arrive in Boston on Saturday. Raise your hand if you’re surprised that Bobby V didn’t have a clue. Raise your other hand if you think that moron has a chance in hell of being able to find his brain with both hands. Bring back Tito! For the love of all things holy in the great sport of baseball, bring back Tito!

As Sox blogger Dan Lamothe says, “We’re on the cusp of a year that will be filled with more annoying drama than your average Adele song, and there’s nothing we can do to about it. At the center of this, of course, will be the transition from Terry Francona to Bobby Valentine.”

After reading about Ells’s injury and DB Valentine‘s lack of info on this time-stopping, all-important topic, I hung my head, dried my tears, and channeled Doris Kearns Goodwin with thoughts of “Wait ’til next year.”

Alas, there is good news for fans of Ells: Orthopedic surgeon Lewis Yocum reviewed Ells’s MRI results and agreed with Sox docs that the injury is treatable and won’t require surgery.

Hopefully we’ll soon be seeing less of this

and more of this 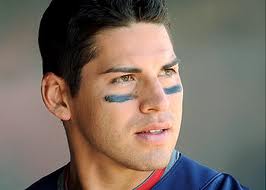 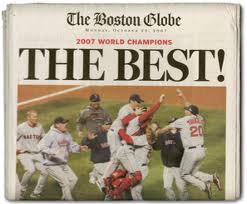 That Ellsbury won’t be out for long is the best news I’ve heard in a while. Come on, Ells! Heal fast, ok? The game isn’t the same without you.