Here’s my take on the latest Disney film, but first a disclaimer: I hate Disney films.

Now, before you boo me and flame me and hate me, let me clarify. I hate that Disney films have traditionally relied on the death of the main character’s mother to build the character arc that defines the movie.

Dealing with the death of someone significant (in my case, my sweet mama) sucks. It really sucks. Going to the movies or employing other forms of escapism should distance one from that suckiness, not magnify it, and I’ve been smacked in the face by Disney’s tired mechanism again and again. However, my favorite girl wanted to see Maleficent and she wanted me to go with her, so I girded my heart against Disney’s mean mechanism and took my girl to the movies.

Sufficiently girded, I was crazy-curious about those cheekbones the makeup artists gave the titular character. 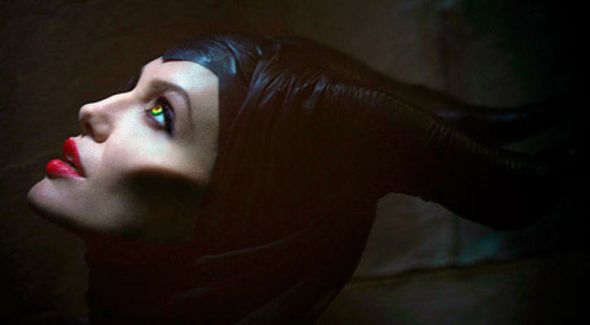 Yowza. That bone structure is sharp. And somewhat distracting. 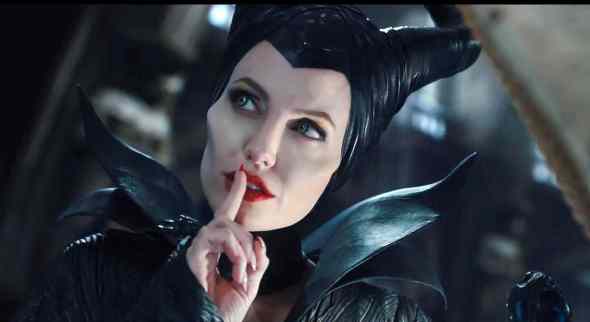 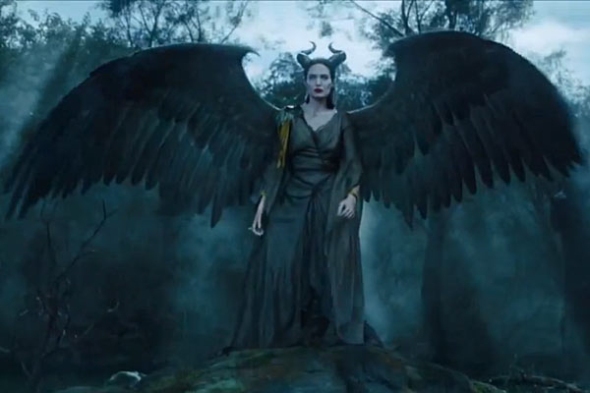 I am enough intrigued by Maleficent’s messages to look past Disney’s transgressions upon my heart. Most intriguing in this case is the idea that the bad guy (or in this case, the bad girl) isn’t always bad. Or perhaps has good reason to be bad. The line between good and evil is blurred. And while that may be troubling, it’s realistic.

It’s not just realistic, it’s also updated and reflective of modern life, not “once upon a time.” The fairy tale transcends a bedtime story to be indicative of real life. Aren’t we in essence creatures who endeavor to be “good” and do the “right thing” even though forces beyond us sometimes conspire against us? Or is it just me? My instinct when someone cuts in front of me in line is to tap them on the back and tell them to get the hell behind me, to take their turn. Instead, I smile sweetly and gently point out that I believe I was there first. Why, just yesterday while waiting for new tires I saw not one but two different people look at the sign on the door to the work area — the one in big, red letters that says DO NOT ENTER WORK AREA. FOR COSTCO TIRE CENTER EMPLOYEES ONLY — and open the door. They stopped to read the sign, then tried to enter the work area anyway. My first thought was to ask them if (a) they truly do not understand the sign; or (b) if they truly think the sign and its message do not apply to them; or (c) if they truly are so important and pressed for time that they cannot wait for the tire-center employee to leave the perilous work area and come to the safety of the lobby area to serve them. However, I chose none of those options; I minded my own business and let the tire-center employee deal with it. I want to be polite and nonviolent, yet the idiots around me present a challenge. I want to be “good” but have lots of reasons to be bad. I want to be nice, but life gets in the way.

Maleficent knows what I mean. She feels my pain. She’s a sweet, orphaned fairy (gorgeously portrayed as a young fairy by Isobel Molloy) who has yet to grow into those cheekbones (but early on masters the art of choosing the right shade of red for her lips) and who smiles a hugely charming smile as she frolics with her woodland-creature friends. 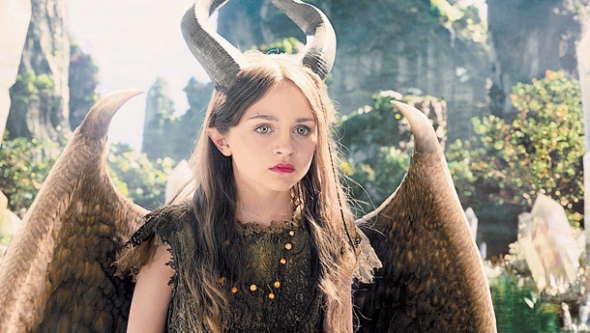 Our sweet orphaned fairy goes about her business in the Moors and meets a boy who becomes her friend but later betrays her. He drugs her and takes something precious from her (and no, you did not imagine the hints of rufies and date rape here). His betrayal creates the proverbial woman scorned. As the movie’s narrator points out, the antagonist and the protagonist are one and the same. That blurred line between good and evil reappears.

While Maleficent appears to be a bitter, resentful she-beast hell bent on extracting revenge from the man who wronged her, we could also ask, what about that man? What is his role in her transformation? Is his lust for power and his drive for the throne a cautionary tale about the repercussions of overwhelming greed and hunger for power?

I think so. But I digress.

Whether the woman scorned was born or made into the role of the villain is irrelevant in the face of the idea that maybe, just maybe, we all have a touch of both good and bad in us.

And maybe, just maybe, it’s ok to root for a female bad-guy as we’ve longed rooted for the male versions. They may be bad, but we sympathize with them. We kinda identify with them. Who among us has not been wronged or hurt by someone we love? That’s not to say I want to hang out with Hannibal Lecter or that I condone his predilections, but there are aspects of him that are intriguing, interesting. He’s smart and funny and pretty damn dignified for a man in a scary-looking metal mask. He’s also quite kind to Clarice. I despise him but am intrigued by him. Blurred lines.

Many messages are at work here: that things aren’t always as they seem. People (and fairies) are complicated. Unchecked power and greed lead to ruin. And perhaps more importantly, that the dichotomy between good and evil is not so black and white. Blurred lines.