← Art with attitude
The Columnist →

I get by with a little help from my friends

My friend Amy Hoover, who you “know” from the blog, is a great cook (she’s from Louisiana, after all), and she fed my dad when he was here for The Big Dig. When he told her that I ususally put some leftovers in the freezer for him along the way so I can send him home w a care package, guess what she did? Brought leftovers, which are in the freezer for him as we speak. Homemade spaghetti sauce, crawfish etouffe, Cajun chowder and who knows what else await Dad in the freezer, and he’ll live off her goodwill for quite some time. Good friend.

When I realized I would need dress clothes for Payton for Sophia’s funeral (he wears NOTHING but t-shirts & Nike shorts), Amy, who has 3 boys, brought over a pile of clothes — several dress shirts, 2 suits, dress pants, a bag of ties & 3 pairs of dress shoes.

Ties and belts, too. Those Hoover boys are some sharp-dressed fellas.

Having a kid who is so averse to dress clothes seems like something out of a movie — a bad movie, probably one starring Chevy Chase or Bill Murray in their heydays, or maybe Ashton Kucher nowadays. Somebody sweet but bumbling, clueless as to why societal conventions like dress clothes should matter in the real world.

I’m long since over the wish that my little man would dress better. He is who he is, and one of the best things we can do as parents is recognize our kids’ innate beings and help that version flourish, rather than imposing our ideal on them.

Do I think P would make a great Gap Kids model? Uh, yeah. In fact, when he was teeny, people commented on how he should be on TV or in a magazine. I assumed they meant because he was so cute and preppy, and not because he would grow up to star in a movie about a sweet but bumbling guy with no fashion sense whatsoever.

J Crew would work, too. I can picture him in Crew threads for sure. 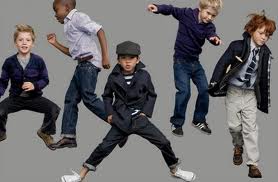 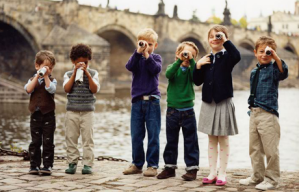 He could totally pull off the Gap or J Crew look. But pulling off the look would of course require him to actually wear the clothes. And therein lies the rub.

There was a brief period of time in which I could dictate what Payton wore.

He was downright stylish for a very short time. Not sure I can say the same about  my hair and goofy Christmas sweater. Wish I knew how to use Photoshop. 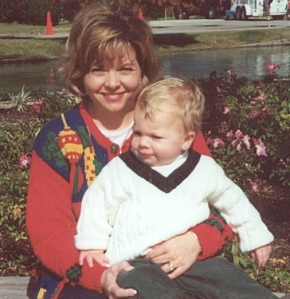 For a while, I could even get him to wear thematic outfits, like this get-up for a friend’s Western-themed birthday party.

Then came the cars & trucks look. Every shirt featured something with wheels. He looked pretty good, I must say. 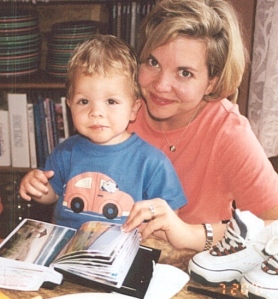 He rocked the Hawaiian shirt look quite nicely, too. 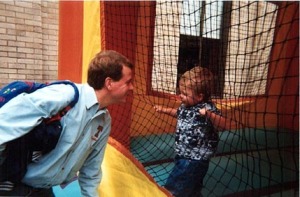 The last time he wore khakis and a polo might have been at his Uncle Aaron’s wedding. I was pregnant with Macy, and P was young enough to not care what he was wearing, as long as he could run and jump and stir up trouble.

By the time Trevor graduated from business school, Payton was wising up about his wardrobe and started asserting independence. This non-baseball-themed t-shirt was a big compromise for him on this special occasion. Everyone else was all decked out in Sunday best. Including Payton. Because this little boy was discovering that a t-shirt and shorts were plenty fancy for him.

I am 100 percent sure that Aunt Sophia would not care one bit what Payton wears to her funeral services. In fact, I can almost hear her now telling me to leave the boy alone and let him be. Let him wear what he wants to wear; dress clothes don’t matter; and get him a snack–that boy looks famished. Yes, I can hear it now.