Yesterday’s visit to the doctor was the usual highlight of my day. We laughed, we sparred, we talked about my new Fiat, and I once again stood buck-naked in front of his omnipotent eyes for my three-week post-op checkup. Here’s where it got interesting: I told him that while I appreciate his valiant efforts in the OR, I’m not happy w the results. Shape, size, asymmetry, bumpiness…. I’m sure I wounded him deeply, but had to get it out there. And of course, it goes without saying that I’m not dissatisfied with his work, quite the opposite, but with the ongoing, multi-step drudge that is reconstruction.

I asked about options if the fat transfer doesn’t yield good results. It’s a relatively new procedure and data is scarce, so it’s hard to predict the final results. But I need options. Can he suck out the fat he’s transferred? Can I go back to being totally flat-chested? Because honestly, I’d rather be flat as a board than have an elliptical uniboob. The cleavage line looks great, but only from a distance, and I’d sacrifice it to get back to the point of being satisfied with my chest.

I know it’s hard for a plastic surgeon to grasp that a woman in the USA doesn’t want the biggest knockers she can possibly get, but I keep hammering away at the fact that I am indeed that woman. I’m all for a curvy silhouette but do not want big boobs.

To fix the aspects I’m dissatisfied with, we need to inject more fat, which results in a bigger bust. I don’t want that. I’ve said from Day One that I don’t want that. In fact, I think my exact words to the doc in my consultation right after diagnosis were “If I wake up from surgery with DDs I will kick your teeth in.” Direct quote. In fact, I need to get him a little pillow for his office couch with that message needle-pointed on it. That, and my other recurring message to him, also uttered at that first meeting: I know I’m not your only patient, but I’m your most important patient. I have threatened to get that needle-pointed for him, too.

Not quite able to wrap his brain around my crazy-ass request, the doc asked if I’m talking about sucking out the fat transfer part or the entire DIEP flap. I said the latter. If I’m going to go back to being totally flat-chested, I can’t have former-tummy-nee-breasts hanging around. To say he was stunned is the understatement of the day. Probably of the week. Maybe even the year, and perhaps this question would score high on the top 10 list of most shocking things I’ve ever asked for. 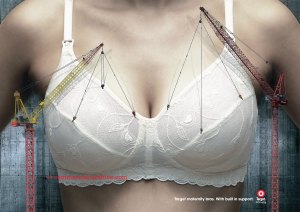 I reminded him that I understand that reconstruction — and revisions — can be a process. In my case, a multi-step process. As much as I’d love 1-stop reconstruction, that was not in the cards for me (thanks for nothing, mycobacterium, you wily bastard). Revisions to reconstruction are a process. I get it. Change comes incrementally and require more than 1 surgery. I get it. But being an “I wanted it yesterday” kind of girl, I’m impatient. And being a procedural rather than big-picture kind of girl, it’s hard for me to imagine how this is all going to turn out once the scalpel is laid down, the anesthesia wears off, and the final revision is complete. Whenever the hell that may be.Needless to say, the good doctor wasn’t crazy about my idea of sucking out and throwing away all of his hard work. We discussed the biggest source of unhappiness with my newly created breasts: the shape. Granted, it’s mind-boggling to me that a surgeon can cut a gal open from hip to hip, harvest the skin, fat, and blood vessels from her belly, stretch the remaining skin back together and stitch it up into straight line, replant the blood vessels into the chest wall, and form the skin and fat into any semblance of breasts. That truly boggles my mind. And yet, it happens, every day.
While I understand on an intellectual level how difficult this surgery is, and that the shape of the belly-turned-breasts may need some fine-tuning, and while I have every confidence in the doc’s skill and artistic ability, I still have a hard time believing that what I see today will ever look right. I know i twill, but I just can’t see it right now. I can’t envision how the oval-shaped uniboob will ever evolve into separate but equal, nicely rounded, not-too-big breasts. I just don’t see it. I’m accustomed to the sports-bra-induced uniboob, and I realize that sometimes bad things happen to good boobs, even Oprah’s. 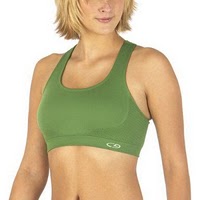 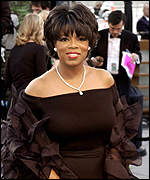 All this talk we Cancerchicks hear about how lucky we are to get new boobs is utter horseshit. I’m on the record saying that is a humongous load of crap. I was perfectly satisfied with my pre-cancer body, and there’s not one thing I can name that is better now. Ok, except for the absence of the tumors that would have eventually spread and killed me. That part is definitely better. And I’m no longer afraid of needles. Having been poked and shot up more times that I could ever count, and with a boatload of port flushes and blood draws and monthly B12 shots and quarterly Lupron shots and injections for scans ahead of me, I don’t even flinch anymore. Not even the thought of a 20-gauge needle piercing my skin and extracting my lifeblood scares me anymore. But conquering the fear of needles doesn’t really count as a way in which my body is better after my cancer “journey.”
I’ve never been one to be hung up on body image (thankfully, because that can mess you up bad). I’ve never aspired to be a super model, which is a good thing because I’m pretty sure there’s not much of a market for 5-feet-tall candidates who aren’t stick-thin. I’ve always viewed my body as a workhorse: the vessel that contains the essence of who I am; the engine that drives me in sport and play; the carrier that allows me to complete the mundane tasks of domestic life such as unloading groceries and maintaining my home; and most importantly, as the oven and keeper of 2 precious babies who are growing up to be amazing people, if I do say so myself. 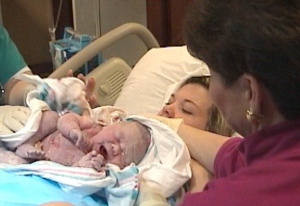 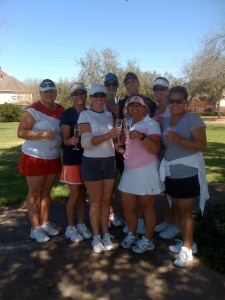 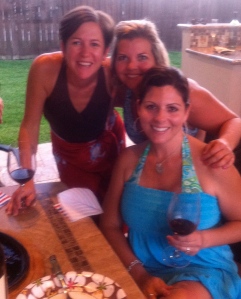 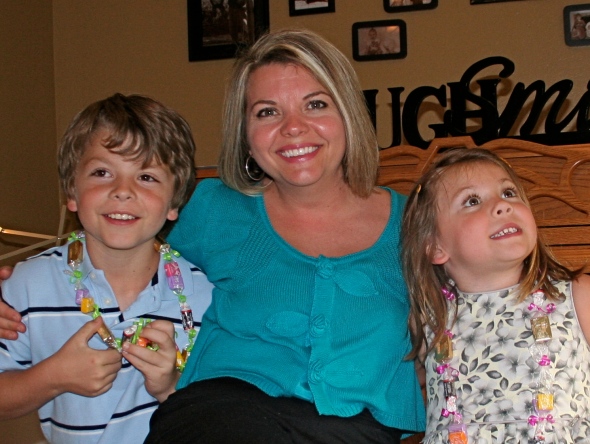 From Day One of my cancer “journey,” I knew in my heart of hearts that losing my breasts but keeping my life was a trade I was willing to make. I knew beyond a shadow of a doubt that I am more than my breasts. While clothes may make the man, breasts do not define the woman. I certainly wasn’t happy about being diagnosed with breast cancer and undergoing a bilateral mastectomy, but I wasn’t sad about losing my breasts. I looked at them the same way I look at a spot of mold on a hunk of my favorite manchago cheese: cut it off so it doesn’t spoil the rest.
I will admit, however, that I bought into the whole “new boobs” scam. I thought, well at least I’ll be nice and perky in the old folks’ home. No one tells you, though, that the “new boobs” may never be better than the old ones. Hell, they may never even be equal too, and dammit, they might even be lesser than. This is a closely-guarded secret of the “new boobs” scam, and I’m happy to expose this untruth for all the world to hear.
Now before you start sending me hate mail or telling me I’m flat-out wrong, I will concede that for a lot of women, reconstructed breasts are better than their saggy, flabby, pre-cancer breasts. I’ve seen plenty of photos on the web from countless plastic surgeons, so I know this much is true. But guess what? I’m not one of those women. Most of those women are 20+ years older than me and 40+ pounds heavier than me. For them, the “tummy tuck” part of DIEP reconstruction is a godsend. For me, not so much. I’d happily go back to having a slight pooch if it meant not having a 17-inch scar across my belly. No question.
Lest I’m not clear, let me reiterate: I’m thrilled with the fine work that the highly skilled docs did. Going from a concaved chest wall that had endured multiple tissue excisions to an adequately stacked chest was a small miracle, performed by my 2 docs and their professional team. Knowing that there were 4 people conducting the transformation was immensely reassuring as I underwent the DIEP. This talented group made it possible for this beleaguered phoenix rise from the ashes, no doubt.
But this phoenix isn’t happy with reincarnation alone. This phoenix craves the return to what used to be, but what is no more. 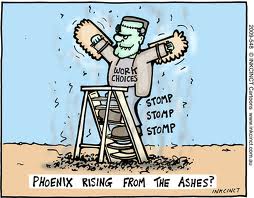 10 Comments on “The phoenix”