While brushing my teeth and inspecting the bevy of brown spots on my face (thanks, crazy hormones), I noticed something that made my heart pound, my stomach drop, and my blood run cold.

Not to be overly dramatic here, but I was scared. Only for a second, but really and truly scared.

I saw a small dark spot on my jammies top, right near my personal “ground zero” or also known as my right chest wall, site and host of the Mycobacterium Olympics 2010.

My first, terrifying thought was that fluid had leaked from my skin at the site and soaked a spot on my shirt.

Not a good thought.

Turns out it was a small piece of fuzz from a red blanket, but it was in just the right location and was just enough darker than the pink jammie top to look like a wet spot.

It’s been 5 months since my last hospitalization for this wretched infection, yet it still has the power to scare the tar out of me and render me speechless, breathless & frantic for a moment at any given time. There has been (knock wood) absolutely no sign of said infection for those 5 glorious months, but it still freaks me out.

I’ve joked before about having PTSD — post-traumatic stress disorder. Now I’m thinking it’s no joke. Then I see this article, from the Telegraph online. Kismet? You betcha.

The article starts with a catchy lead (y’all know I’m a sucker for a good lead): “The debilitating disorder is often characterised by agitation, anxiety, depression, nightmares, flashbacks, and mood swings. It is more often associated with soldiers returning from battlefields who have been shell-shocked by their experiences.” 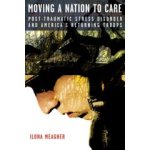 Ok, I admit when I read it, I thought “flashbacks” meant “hot flashes” for some reason. Perhaps because I was suffering from one (hot flash, not flashback) at the moment I read that sentence, and my brain went a little wonky from it.

But here’s the important part: a new study (I also love new studies) has found that women diagnosed with breast cancer have an effect similar to PTSD. Researchers site the effect of diagnosis combined with all the unknowns (surgery? chemo? recurrence? etc) equaling a good chance of developing PTSD. They studied 331 women in a Greek hospital and found that 45 percent showed signs of PTSD. What they did not disclose, however, is how they came up with 331 as their sample size. Inquiring minds would like to know. That seems like an odd number to me, no pun intended. The findings were presented at the Impakt Breast Cancer Conference in Brussels. Now not only do I wonder about the 331 women, but also who in their right mind would spell the name of their conference incorrectly? Impakt? Really? Or is that how “Impact” is spelled in Brussels? Why doesn’t the article tell me these things???

Last year there was a similar study done on the possibility of PTSD in heart attack victims. Seems 1 in 6 heart attackers (16 percent of those studied) suffered from PTSD, while some 18 percent of them exhibited symptoms.

Those kinds of statistics confuse me. Does it mean that 16 percent of the total group studied had full-blown PTSD, while another 18 percent of the same group just had some symptoms? Regardless of the answer to that question, it’s interesting (to me, anyway) that the percentage of breast cancer patients suffering PTSD was so much higher than the percentage of heart attackers who suffered.

I’m not a researcher and am not involved in any groundbreaking studies, but I’d guess it’s not just breast cancer that renders its victims full of PTSD. What’s really scary is that women still show signs of  PTSD even if their “cancer journey” is complete, with successful treatment and remission of the dreaded disease.

Uh oh. So it’s not enough to accept the diagnosis, endure the surgeries and/or treatments, decide on reconstruction, and monitor our health ad nauseum. We also have to slay the disease, but live with the resulting monkey on our back.

They also found that women still suffered PTSD and had a poorer quality of life three years after diagnosis and treatment.

I’m imagining fast-forwarding to 2013, when let’s assume for the sake of this argument my infection is a thing of the past and I’m cruising through life with new girls. Euphemistically speaking; I’m not ditching all my friends and finding new ones. I like ’em all too much to ditch ’em.

Let’s imagine that my “cancer journey” is complete in 2013, except I still take my daily Tamoxifen and see my oncologist every 3 months and get body scans quarterly. I am, for the most part, done. But I’m still going to have PTSD? And a crappier quality of life?

The researchers, from the Panteion University of Athens, warn that doctors should watch out for the signs of the condition when they are treating patients with breast cancer. Those Greek people are smart, gorgeous, and all-around awesome, and everyone on Earth would be wise to listen to and emulate them.

They warn: “Knowing that breast cancer patients are susceptible to PTSD, it might be necessary for the field of medicine to create a plan in assisting cancer patients that takes into account the entire spectrum of a patient’s experience with the illness.”

Emma Pennery, from the  British charity Breast Cancer Care, said: “The principle that women, and men, will have an ongoing risk of anxiety and depression following a diagnosis of breast cancer is well known, and there is a range of national guidance in the UK which covers the role of health care professionals in providing ongoing emotional support to patients. ”

I’m curious about that “range of national guidance” and wonder if it will make it across the pond. I certainly haven’t gotten any national guidance in all this. That said, if some form of it came my way, I’d probably scoff at the bloated, partisan jibber-jabber as something dressed up to look valuable but in reality is just an oily politician’s idea of pandering to me and those in my shoes.