What kind of moron schedules an appointment with a new specialist while recovering from yet another revision to breast reconstruction? Probably the same moron who thinks yet another revision is no big whoop and expects recovery to be swift. Will I never learn??? And the post-surgery antibiotics are wreaking their usual havoc and using black magic to cause me — a non-meat-eater and pet-pig owner — to crave ham. Ham. Of all things.

Dr E, the neurologist I saw yesterday for the mystery neuropathy I’ve been having in my hands, offices in the medical plaza adjoining the hospital to which I was admitted in early June 2010 for the nefarious post-mastectomy infection. A small PTSD episode may or may not have occurred inside that plaza at 8:30 a.m. yesterday, in which I stepped on to the wrong elevator en route to Dr E’s office and found myself not in the plaza but on the 9th floor of the hospital. I was transfixed and rooted in place, knowing I was not in the right spot but temporarily unable to grind the right gears and get out of there. I stood there, sweating profusely and shivering alarmingly near a giant window overlooking the freeway that leads from the hospital back to my home, in the Land of Sugar. The dregs of a rainy-day morning rush hour in Houston creeped along that freeway as I watched it, momentarily paralyzed with the searing memory of looking out that window on day 6 or 7 of that hellish hospitalization. My kids had just finished their second- and fifth-grade years of school; I had turned 41 just a week before that hellish hospitalization. Summer glistened ahead of us as I began a protracted and ugly battle against a rare and nasty infection following a cruel and unexpected cancer diagnosis. If someone had predicted that nearly 5 years later I would be paralyzed simply by being in that same hospital, I would have rolled my eyes and scoffed at that lame-0 idea. Suffice to say, no eye-rolling or scoffing occurred.

All these years later,  just being in that same hospital brought it all back. It took a few moments to snap out of it and load my shattered self back into the elevator to retrace my steps into the medical plaza and away from the hospital. Why was I catapulted back to that unpleasant and unwelcome era in this long, ugly cancer “journey?” I’ve no idea. No matter, I suppose, as the take-away is that after many hours and a full sleep later, I’m still reeling.
Arriving in the neurologist’s office, I dutifully handed over my new patient paperwork and was briskly admitted into an exam room. I read most of this article in Men’s Journal about when to say no to your doctor. Ironic. When Dr E walked into the room, I joked about that irony and was met with stone-faced silence. Perhaps the newest doc in my tribe doesn’t find me, or that article, very funny. I briefly considered ripping out the article, to reread it later and decide if it was indeed ironic, but then remembered I brought a small purse and would have to fold the ripped-out article. Not worth it.
Within mere minutes of meeting me, Dr E proclaimed that I have no filter (’tis true, although I thought I was on my best behavior). So he doesn’t get my humor (wouldn’t be the first man to find himself in that situation), and I briefly and un-filteredly considered whether he could tell I was contemplating lifting his magazine article. No time to explore that, though, because he asked if I’ve been evaluated for ADD, then moved on to ask a series of pointed, unpleasant questions about the exact nature of and appearance of the neuropathy (e.g., when was the exact moment I recall experiencing neuropathy? How would I know — I have ADD.) He delved into my complicated, checkered medical history. After a thorough scouring of my history and timeline of current symptoms, he vowed to get to the bottom of my problem. He asked if I could submit to a series of tests in an hour and directed me to the coffee shop in the lobby. I filtered myself by just listening instead of telling him I know exactly where the coffee shop is and why I possess that knowledge. How ya like my filter now???
Forty-five minutes later, I returned to his office and was shown into a small, airless room and instructed on how to take a computerized test to gauge my attention span. I can’t recall the exact acronym of this “continuous performance tests” (hellooooo, I have ADD, remember??) but the point is a very simple response (in this case, clicking a button) is required after a simple stimulus (in this case, a rapid-fire series of black rectangles appeared on the computer screen in random order. Each rectangle had a small white square in it; sometimes the white square appeared in the top of the black rectangle, and other times it appeared in the bottom of the black square. Each time it appeared in the top, I clicked the button). This went on for 20 minutes. For 20 minutes. For 20 interminable minutes, my eyes watered and blurred. My thumb clicked the button. I slumped and straightened in the seat. I wrote and re-wrote a blog post, then promptly forgot what it contained. 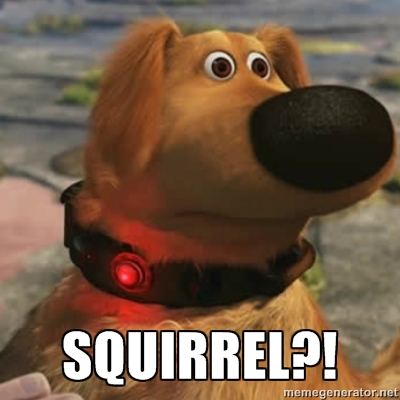 I sweated and cursed the small, airless room. I wondered how much time had elapsed. I wondered if clicking that button was contributing to the neuropathy in my hands. I rebelled against the test directions to avoid looking for a pattern and guessing when to click the button. I composed a grocery list. I fashioned a crude fan from a piece of paper to stir the hot, stale air, not once taking my eyes off that blasted screen. I thought about what to serve my kids for dinner that constituted a nutritious meal yet required little or no work from me. I vowed to ace that test, but grew bored of and distracted from it post haste. Hence the no filter.
My 20-minute penance done, I entered the next level of hell: the shock test, aka the nerve conduction velocity test. Yuk. I’ve endured some pretty yukky medical procedures in my day, but this one was yukky in its own special, unique way. Long story short, the nerves must be toasty warm to be shocked and measured, so I had to get under an electric blanket while wearing a paper gown. I had to keep my feet covered, which is one of my versions of personal hell, and I suppose Dr E would categorize that revelation as further evidence of me having no filter. Fine, that’s fine. I don’t like my feet covered. And I don’t like being under an electric blanket preparing to have my nerves shocked. Whatev. Personally, I believe filters are way, way overrated.
After I told the the nurse that putting a menopausal woman under an electric blanket is seriously not cool, she hooked up electrodes to my fingers, palm, wrist, forearm, bicep, and neck and shocked me repeatedly. Think of hitting your “funny bone” again and again while sweating under an electric blanket with a moist paper gown stuck to you and your feet protesting the claustrophobic conditions, and you are there. You get the gist. Except it’s not just your “funny bone” that smarts from the shock; it’s more of a full-body twitch. When the larger nerves were to be shocked, the nurse instructed me to take a deep breath and let it out slowly. Nothing good ever follows being told to take a deep breath and let it out slowly. Nothing. I defy anyone to find anything good. With those deep breaths, I wanted to be like this: 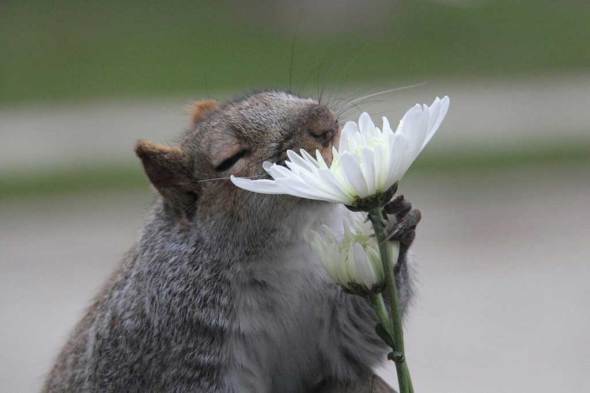 But instead, I was like this (pardon the profanity; it’s fitting and again, another example of me having no filter): 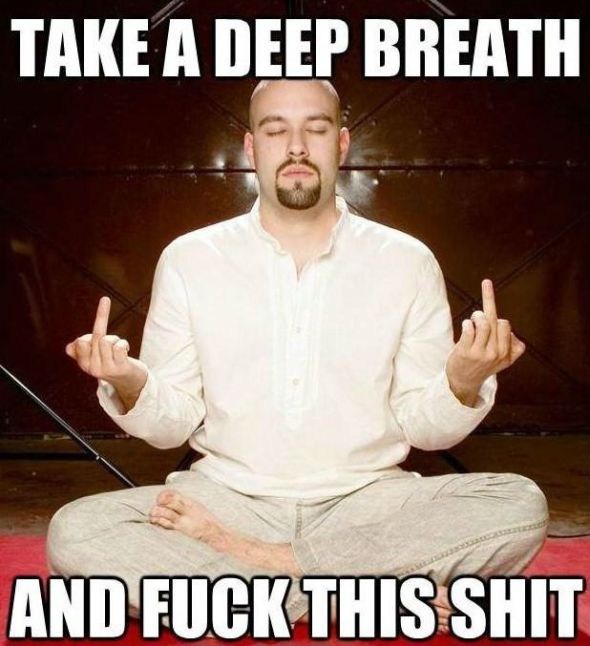 Shock after shock. And I submitted to this test willingly and within my right mind??? One or two shocks is doable. But nearly an hour of it, on both sides of the body? Filter this, people. I kept thinking, at least there are no needles involved.
Once the shocking was over, the nurse said to relax and wait for the doctor, but please stay covered up because he had one more test to administer. I honestly thought about shucking the blanket off, peeling the sodden paper gown from my stanky body, and getting the hell outta there before Dr E had a chance to reappear. However, I was a bit curious about how I did on that computer test, so I stuck around.
Remember the foolish, filterless goofball who thought, at least there are no needles involved? Guess who ended up with a needle stuck in a nerve ranging from fingertip to neck on both sides of her body? Yep. At that point, I was exhausted, my eyes hurt, my body pinged from having been shocked, and my dignity had long left the building.
Dr E pronounced me to have been through the proverbial wringer, both that day and for the last several years. He described the extensive nerve damage I have to both wrists, as well as a lingering muscular issue in my right shoulder. He gave me solutions, both pharmaceutical and holistic. He talked a lot about genetics and its role in our ongoing health, and asked me to come back in two weeks. I agreed, as long as there were no shocks involved. I wanted to ask him to commit to that in writing, via a binding contract, but was trying to use my filter.