← Things that used to scare me
A wild goose chase →

Other than the shooting… 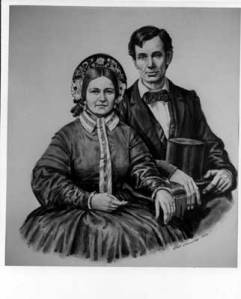 With the exception of being diagnosed with breast cancer at age 40, I’ve always had a pretty  healthy countenance. Ok, I know that sounds like the old joke, “Other than the shooting, how’d you enjoy the play, Mrs. Lincoln?” And now, with the flu, the joke’s on me.

Being sick, or being diagnosed with cancer, makes one appreciate one’s good health. For schizzle. Again with the annoying cliches, but somehow we don’t know how good we’ve got it, until it’s gone. Whatever “it” may be. In my case, it’s good health.

Even after my diagnosis and surgery and epic battle with the infection, people would universally remark upon how healthy I looked. As if the stereotypical look of a cancer patient or infection warrior has to fit into a preconceived box. I suppose that’s the very essence of stereotyping: it exists for a very legitimate reason, and the reason is that it is true.

Follow me? It makes sense to me, but it may also be the cockamayme ramblings of a fever-induced, Tamiflu-fueled insanity. Temporary, I hope.

I’ve said it before and will say it again: cancer is not a gift. Anyone who thinks it is either (a) doesn’t have it; (b) has it but is whacked-out on narcotics; or (c) is a lying sack of you-know-what. It’s a disease, pure and simple. It’s a malfunction at the cellular level. Something changes in the DNA that alters the way the cells behave. In breast cancer, in particular, BRCA1 and BRCA2 are tumor suppressor genes — they keep cancer tumors from forming. When these genes undergo change, which can happen for a variety of reasons, they no longer cause cells to die at the right time, and cancer is more likely to develop.

I’m not sure how someone can understand that and still think that cancer is a gift. There’s nothing, not one thing, in gene mutation that even hints at slick, shiny  wrapping paper and silky bows.

Because I’m a realist, I don’t expect people to bump up against cancer–whether with the bomb being dropped directly over one’s house or simply knowing someone who’s been diagnosed–and drastically change their lifestyles. In my case, my lifestyle didn’t need much changing. I ate healthfully, exercised pretty much every day, played as much tennis as humanly possible, chose organic and turned my nose up at pesticides. Granted, I could have cut down on the volume of champagne I consumed, but I felt like that fell under the “live life to the fullest” category.” Sounds good, right?

So why was I the one to get cancer, while people who treat their bodies much less kindly go on to live long, uncomplicated lives? I have no idea. Was my diagnosis handed down from on high, with some mystery contained therein for me to interpret and then carry out? Doubtful. Was it my destiny to contract this blasted disease and then come out the other side a mouthpiece for the Cause? Maybe, although I’m not there yet. Was it random bad luck, in that the great karma wheel stopped spinning and I was the one in eight? That sounds more likely.

No matter the reason, the disease did come calling, and the infection did set up shop, and my life did change. Some of the change was for the better: I’ve learned a little bit of patience, how to let go (sometimes), I’ve become pretty well-educated in a fascinating topic, I’ve learned how to blog, and I’ve made some new friends.

That’s not all bad.

5 Comments on “Other than the shooting…”