Can I get that overnighted, please?

I like funny t-shirts. I like snarky, funny t-shirts even better. Or is it redundant to say “snarky” and “funny?” Are there people who don’t think snarky is funny? If so, I have no use for them. Trevor’s grandma, Petie, had a cute little needlepoint pillow on her couch in the sitting room of her Salisbury, North Carolina, home that says “If you don’t have anything nice to say, come sit by me.” I’ve always ascribed to that point of view.

I don’t have a picture of Petie’s pillow, but found this one by using the Google. Now I’m wondering why in the world I don’t own one of these pillows? It would make me smile every time I spied it. It’s the little things, people.

While looking for an image of that cute little pillow, I found this:

For those of you who are uninitiated into all things Red Sox, that foxy number 46 is my boy crush, Jacoby Ellsbury.

He now wears number 2 on his jersey, though looks no less foxy. That’s JD Drew crouched next to him, close enough to whisper in Ell’s ear (lucky bastard). I’m sure they were discussing some serious strategy, or maybe making fun of Dora (aka Alex Rodriguez) who is such a tool and deserves to be made fun of at every possible opportunity.

Here’s the real reason for today’s post (although it could easily become all about Ells. Last season was a long, dry boring one for me because Ells was hurt. Not just hurt, but rehabbing in Arizona, so not even in the dugout and available for close-ups or slow pans by the ever competent NESN camera guys. It was a long season indeed. But Ells is back and ready for action and hopefully lots of on-screen time.)

But seriously, back to the real reason for today’s post.

Look what I found.

Just what I’ve been looking for. 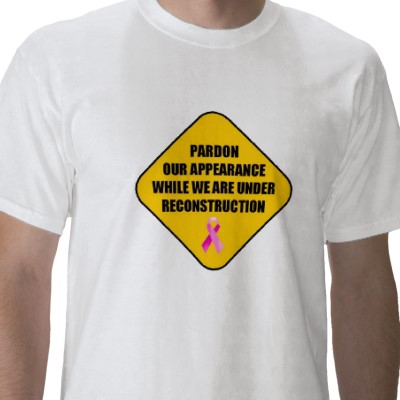 But wow, what bad luck to have found it so close to the Resurrection, instead of during the long months of walking around with a chest flat enough to play quarters on, with no explanation. Ok, that is some seriously bad sentence construction, but you get the drift. I’ve had a freakishly flat chest for a long time, and have longed for a shirt that tells the world that change is underfoot. Or, undershirt, as the case may be. I got that chance with my “cupcakes” shirt,

but I can’t very well wear that every day. I hate doing laundry, and wearing my cupcakes shirt every day would require a lot more of that chore.

So I probably need the “under construction” shirt, too. Although, can someone please explain to me why the shirt is modeled by a guy???

Now that is just weird.

But I still want the shirt. Wonder how fast I can get it?

9 Comments on “Can I get that overnighted, please?”