There are some infamous phone calls you never want to receive. Like the one from the principal of your kid’s school, announcing all manner of bad behavior. Like the one from your doctor’s office to say don’t bother looking for a letter in the mail to say everything is fine after a test/scan/biopsy, because it’s not fine. Like the one from your best friend at bedtime on a Thursday night saying your dog, who he’s watching, seems to be dying on the living room rug.

Of those three infamous phone calls, the first example is the only one I’ve not received. On April 26, 2010, I got the call from the doctor’s office saying we need to see you ASAP because the breast biopsy results don’t look so good. And tonight, I got the call from Ed to say that Harry, sweet-crazy-loyal-kookoo-devoted-amped up Harry, was dying. 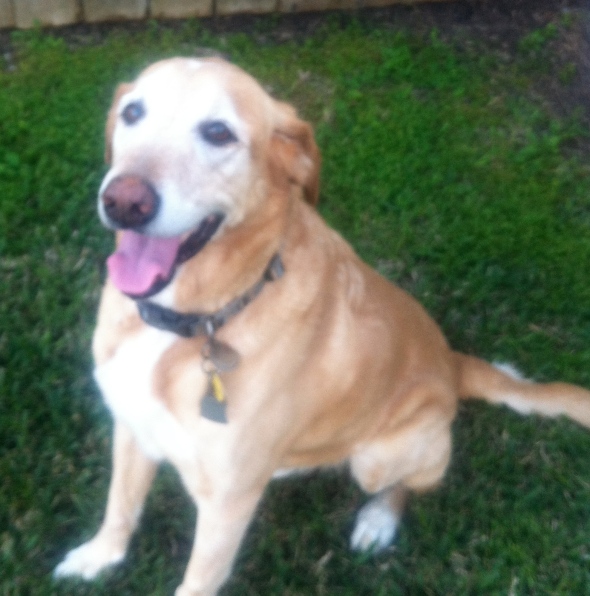 Ed was kind enough to let Harry stay at his house for a week while our little piggie convalesced after being spayed. The old boy had been slowing down of late, for sure, but I certainly didn’t think he was that close to death, and by the time he made it apparent, both of my kids were in bed sleeping and Trevor is out of the country, so rushing over to Ed’s to be by Harry’s side as he breathed his last breath wasn’t an option.

I’m going to try really hard to not feel guilty about that.

And I’m going to try really hard to not feel eternally indebted to Ed for comforting sweet, old Harry in his last few minutes of life while giving me the play-by-play on the phone.

Harry was a sweetie. Crazy, but sweet. I wrote about his habit of snatching food here and about the trials & tribulations of his nervous stomach here. I’m sure that many thoughts and memories of Harry will come as the shock and sadness become fully realized in my brain. I’ll be calling upon the gods of parental wisdom as I break the news to my kids, who haven’t seen their big dog in a week and who likely hadn’t noticed how much he was slowing down, how rapidly he was aging.

Leave it to crazy old Harry to die in a manner that is both the least troublesome to me yet the most complicated: at someone else’s house, out of my sight so the visuals don’t becoming permanent, searing bad memories; yet at a time of night that leaves me utterly clueless as to what to do.

I was already mentally rearranging my day tomorrow, so that I could go pick him up after getting the kids off to school and take him to the vet. Since his back legs went out just before he died, I assumed I’d have to carry him — all 60 pounds of him — into the vet so that he could be put down. Been there, done that, and while it’s certainly not pleasant, I personally feel a responsibility to my animals to be there, in the room and stroking their soft fur, as the vet administers first the sedative that calms them then the lethal dose that stops their old, sweet, full heart. Not saying that’s the right thing for everyone who finds themselves in that situation, but that it’s right for me.

I fully expected that that’s what I’d be doing tomorrow — standing next to Harry, who joined our family shortly after the crushing loss of my first and best dog Maddy, as our longtime vet reassured me that it was time and that putting him down was the right thing to do, before the suffering became too great and the indignities of a proud alpha dog became apparent to the rest of the pack. I expected to hold his white-with-age face in my hands and look into his brown eyes, speaking softly to reassure him that he’s ok, that he’s a good boy, that he’s loved.

Instead, I will try not to wonder if he would have lived a little longer had he been at home, in his own environment. I will try not to regret that he spent the last few days of his life in his home-away-from-home instead of in his real home, surrounded by the two little kids who love him with all their hearts.

I will try to figure out how to act normal for those two little kids in the morning, knowing that as soon as I see them off to school I will have to start thinking about what to tell them when they get home. I will try to reassure myself that it’s cruel and disruptive to tell them their dog died then send them off to school, that waiting until they’re home and at the start of a weekend is best.

And I will remember the day we picked him out at the Houston Humane Society. 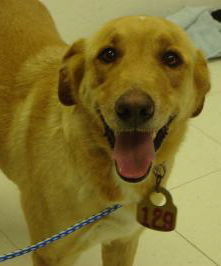 Because of our love of the Harry the Dirty Dog series of books, Macy — age 4 — wanted a dog named Harry. How delighted we were to find a dog named Harry who greeted us with a wagging tail, a sweet face, and eyes that seemed to ask if we wanted to play.

21 Comments on “A dog named Harry”