Remember the episode of Seinfeld in which Elaine faces a shortage of contraceptive sponges and has to evaluate all of her male suitors to determine whether they’re “sponge worthy?”

So is the task of this blogger. It’s been called to my attention that some people consider themselves “blog-worthy” and are not getting the press they deserve. I hope you’re reading this from Malaysia, Pete Keating. As Elaine said on the infamous sponge-worthy episode, “Run down your case for me again.”

As much as I like the idea of a gladiator-type battle to determine who among my circle of friends gets mentioned in this little blog, it’s not very practical. I am, however, open to bribes and prefer my Piper Sonoma to be brut.

The Rajah knows how that system works. In his invitation to Sunday Funday at the Martinez casa, he texted me this photo: 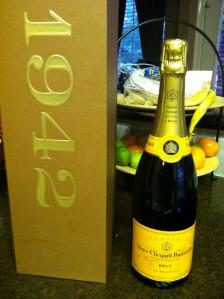 So Pete, you don’t have to spring for the Veuve Clicquot to be considered blog-worthy. (But I wouldn’t complain if you did.)

I’m so glad the reverend Howard Camping’s prophesy was wrong. If the world had ended on Saturday, May 21st, as Camping predicted, I would not have had a chance to sip that lovely bubbly on Sunday, and that would have been a crying shame. Seems Camping made a mathematical error again, as he did in his 1994 prophesy. He says he didn’t have the dates “worked out as accurately as I could have” on the most recent prediction. Whew.

I’m really glad he had his dates wrong again this time. I would have hated to miss out on this scrumptious soup from the Orin Swift wine dinner at Aura last night. Chef outdid himself on this one: 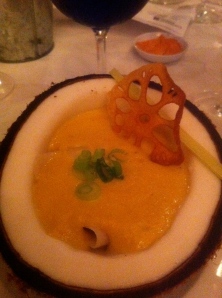 Yep, that’s a halved coconut serving as a soup bowl. It contained the most delectable concoction of Thai-spiced soup with a lobster dumpling, seen peeking out of the bottom edge of the soup. There was much debate at our table about what the wagon-wheel looking garnish was. Zucchini and cucumber were thrown out as possibilities, although I was suspicious of being able to fry a cucumber. Too much water, I’d think; the oil would sizzle and splatter all over the place. I can’t recall if it was Raymond or Marissa who suggested zucchini, and I think it was Trevor who threw out the cucumber. Keith had it right, as usual, with the winning answer: lotus root. Go figure.

I’m so glad Camping had his dates mixed up again and I lived long enough to eat that soup. Seems the real date for the apocalypse is October 21st. So get your affairs in order, people. You’ve got 5 months to prove whether you’re blog- worthy. And here’s a little note for Howard Camping: 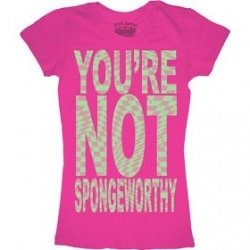 The best news in a long time

After 267 days, I finally heard the words I’ve been dreaming about: “We are discontinuing the antibiotics.”

I saw Dr Samo instead of Dr Grimes today, and he delivered the most-excellent news. He is my new best friend. All of the cultures run during The Big Dig came back negative, which means we can safely assume the post-mastectomy infection is gone. Yes, at long last, the mycobacterium has been vanquished.

Let me say that again: the infection is gone. I’m cured.

No more twice-daily dose of minocycline and bactrim. No more nausea. No more planning my consumption of food & drink around my doses. No more remembering to take my drugs. No more antibiotics.

I’m still in a mild state of shock, or maybe just slightly buzzed. Could be the celebratory champagne straight away after returning from the medical center (duh), and the margarita at my tennis team’s end-of-season lunch. 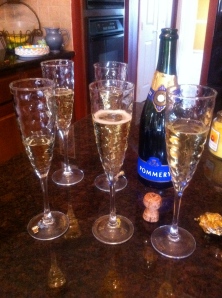 We broke out the good stuff and gathered our close circle of friends who would never say “it’s too early” and question the wisdom of popping a cork at 11 a.m. To Amy, my chief medical correspondent and chauffeur to & from appointments: thank you. For everything. To Jill & Keith: thank you for rushing right over, then leaving as soon as the bubbly was gone. But for planning to come back with dinner.

My tennis team’s luncheon was already planned, but how fun to celebrate my big news with some of my favorite girls? And how cool that they gave me a huge, signed tennis ball? Thanks, girls! 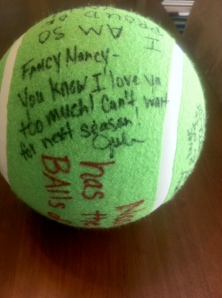 The infection is gone. Ding dong, the witch is dead. 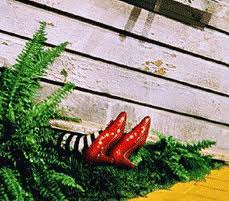 I half expected the citizens of Munchkin Land to come out and dance their little legs off and sing in their froggy voices to celebrate. 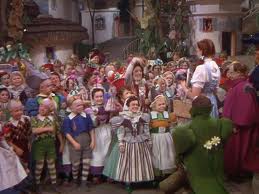 I admit, I’ve been wondering all week if my visit to the infectious disease doc today would result in the end of the abx. I was trying to not get my hopes up, and while I knew not to expect it, I would have been disappointed if they’d said keep on swallowing those pills. No matter. It’s all good now.

I will also admit that when the nurse was taking my BP and temp and asking me the reason for my visit, I felt funny saying “yes” to her question of  “are you here to see if it’s time to get off of the antibiotics?” It was almost too much to hope for. Almost.

Then when Dr Samo uttered those glorious words of “We are discontinuing the antibiotics,” I was stunned. It was a bit surreal. Once I grasped what he’d said, my first thought was that “discontinuing” meant taking a break, not stopping them altogether. 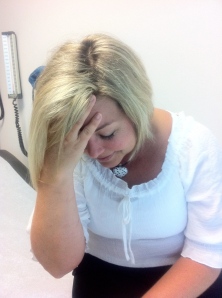 It was almost too much to take in.

As my best buddy Ed said, “I feel I should shove you and yell ‘Get Out!’ like Elaine on Seinfeld. 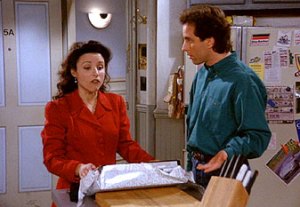 The end of the antibiotics is like an end of an era. My life has revolved around them for so long now–one week shy of a year, in which I’ve been on some form of abx, whether oral or IV. Nearly a year on some pretty powerful drugs, and none of them the fun kind. Nope, these are the ones that tear up your stomach and make your insides cry like a baby.

The fat lady can sign her heart out right now.